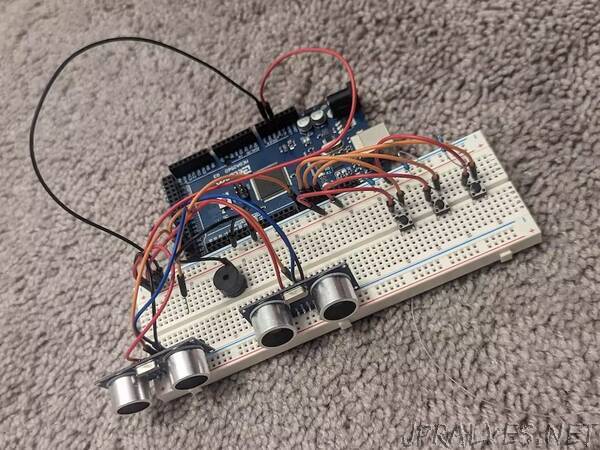 “Using 2 ultrasonic sensors to detect the strum motion. And using 3 buttons to play the node

The project started with using an ultrasonic sensor to detect distances.

Then I thought of using two ultrasonic sensors to tell the passing object‘s movement direction by detecting the change in the measured distance between two sensors.

During the testing, the hand wave I used for testing, reminds me of guitar strumming. So I thought of using this to make an air guitar. I mean who can say no to air guitars.

By detecting the change of the distance between the two sensors, the moving direction of the object in front is obtained.”