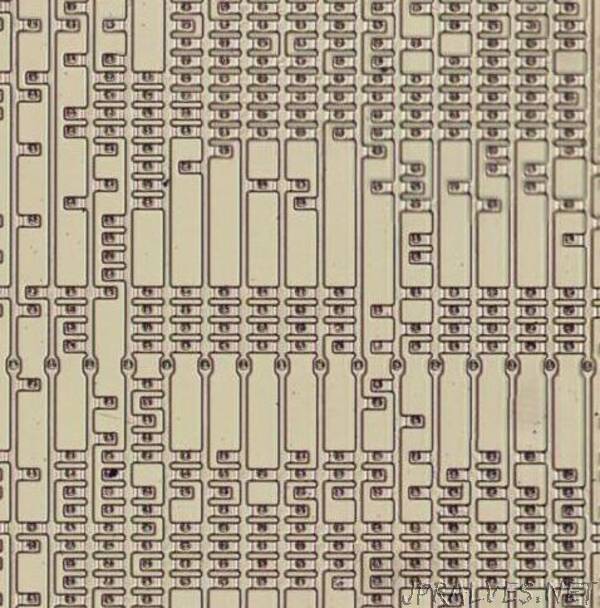 The explanation is that when manufacturers report the transistor count of chips, typically often report “potential” transistors. Chips that include a ROM will have different numbers of transistors depending on the values stored in the ROM. Since marketing doesn’t want to publish varying numbers depending on the number of 1 bits and 0 bits, they often count ROM sites: places that could have transistors, but might not. A PLA (Programmable Logic Array) has similar issues; the transistor count depends on the desired logic functions.

What are these potential transistor sites? ROMs are typically constructed as a grid of cells, with a transistor at a cell for a 1 bit, and no transistor for a 0 bit.2 In the 8086, transistors are created or not through the pattern of silicon doping. The photo below shows a closeup of the silicon layer for part of the 8086’s microcode ROM. The empty regions are undoped silicon, while the other regions are doped silicon. Transistor gates are formed where vertical polysilicon lines (removed for the photo) passed over the doped silicon. Thus, depending on the data encoded into the ROM during manufacturing, the number of transistors varies.”