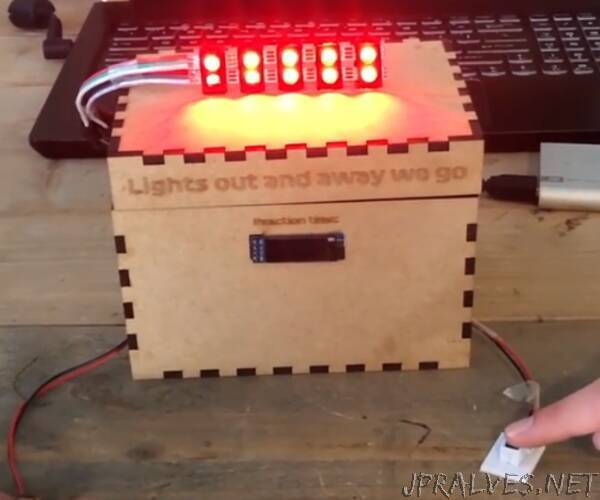 “This project is a small game you can play with another player. You can time your reaction speed and compete with your friend. The game is inspired by the start lights of a formula 1 race.

Earlier Iterations:
The images above are of earlier iterations of certain components and the casing.
In the original idea, the powerbank was located inside the casing. But in the final product, I placed it outside so that the user can charge or swap it out easily.
The starting lights used to be on top, but that prevented the lid from opening, so I moved the cables through the backside.
The buttons used to be without casing which made them kind of difficult to press, so I made a casing for them.