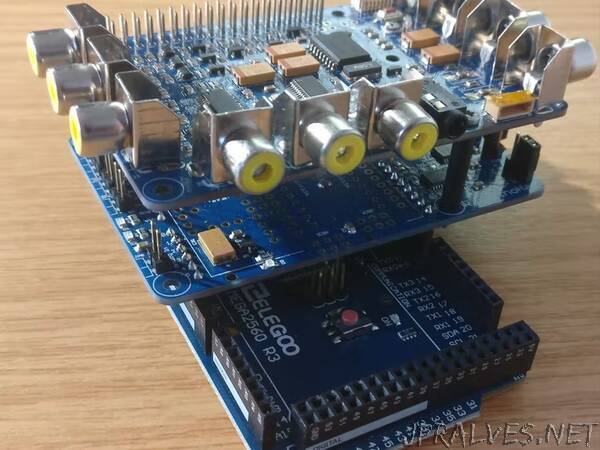 “This SDK will convert and stack various Arduinos to/from a Raspberry Pi. Thus the name RasDuinoHat project was formed.

The Seed to experimenting
With so many different Arduino boards available and various SDK’s on the market, a challenge to myself back in 2017 era was to make a small PiHat board which was able to interface to the majority of boards, so for example, an Arduino Pro Mini could use a Raspberry Pi shield, or visa versa.

The reason for this was that like most of use, we have a box full of ‘stuff’ and whenever you need a specific board, you cannot find one spare. So the RasDuinoHat was my answer!

The interfaces connect to the following, including 3V3 or 5V GPIO: