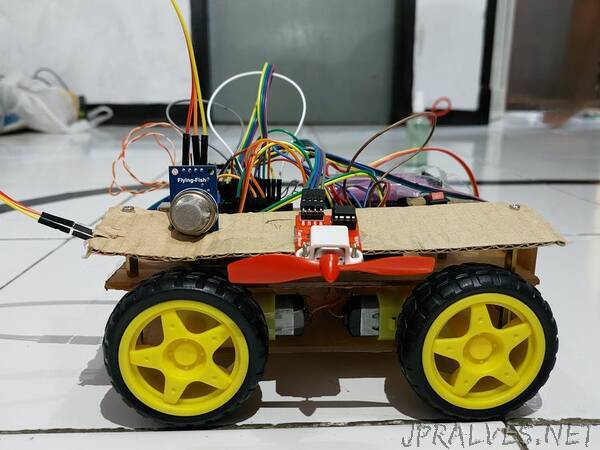 “This robot walks along the trajectory that has been provided and acts as a building security guard from gas leaks.

Test
After testing, we found that the control value P alone was sufficient to stabilize the speed of the rotating fan. In conclusion, we use setpoint = 300 and Kp = 0.2, can stabilize fan speed. Then, we try to use a straight path value of 70 and a turn value of 150, our robot runs at the speed we want.”