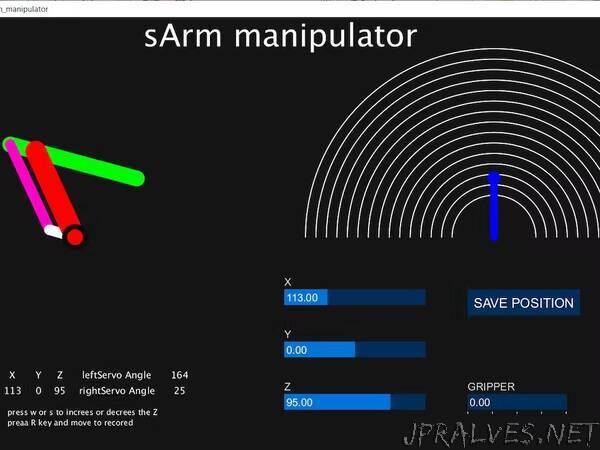 Introduction
A robotic arm is a type of mechanical arm, usually programmable, with similar functions to a human arm. current days robotic arms are becoming a replacement for humans in working tasks, especially repetitive tasks. They are more efficient and accurate than humans. Robotic arms are currently used in many fields such as medical, space, nuclear and other researches, industries, education, etc.

when thinking about robotic arms, what comes to mind is their high price, big size and complexity. For students and small industries, it has been not possible to access a better robotic arm for educational or industrial purposes. In this mini-project, a robotic arm manipulator was built to resolve that problem. It has many facilities such as

With these utilities, a fully functional robot arm can be afforded for home, school and professional use. This robotic arm will help to study robotics, learn to code, automate works and bring peoples ideas to real life. With its’ IoT controllability it can do more things like remote access from any ware, safe nuclear researches, make a global network for robot arms, implement ML(Machine Learning) and AI (Artificial Intelligence) with IoT cloud, etc. it opens a new space for makers, robot enthusiasts, engineers and students to explore robotics. This robotic arm is named as sArm.

The robotic arm used here is a miniature model based on ABB IRB 460 Palletizing Robot mechanism. It has 4 degrees of freedom (DOF). It is powered by four micro servos. In this case, an open-source robot model mearm is used for the prototype (Thingiverse.com, 2016).”