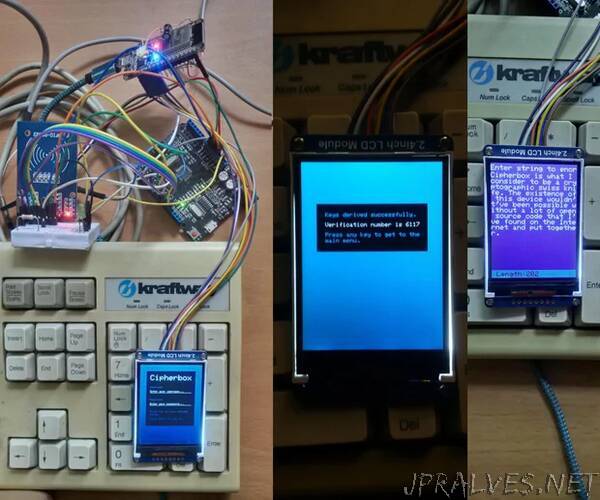 “With the development of cryptanalysis and new hacking techniques, the cost of accessing your data without your authorization continues to decline, making it easier and more attractive for different sides to get it.

I’m not going to get into details about the motivation of each side and the goals they’re trying to achieve by obtaining your data. Instead, I would like to focus on the solution to that problem.

In my opinion, the only way to keep your data private is to raise the costs of unauthorized access to it as high as possible, ideally higher than any reward that a third side can get by obtaining your data. Doing so puts away the incentives to access your data without your permission.

To raise the cost of unauthorized access to your data, I’ve developed cipherbox.

Cipherbox is what I consider to be a cryptographic swiss knife.

It utilizes six encryption algorithms, and it’s also a vault that’s locked with four RFID cards, your username, and password. Not to mention that several people can use it without interfering with one another (I guess you can also turn it into service).

ESP32 is the device’s core. All encryption algorithms and SQLite run on it.

Arduino Uno - serves as a keyboard driver and an intermediary between the ESP32 and RFID reader.

ESP8266 is the receiver that only runs the AES + Serpent encryption algorithm in the decryption mode.