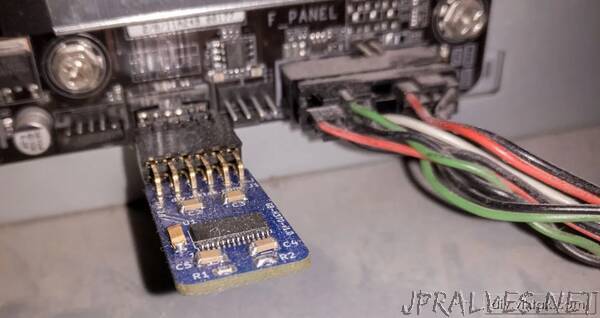 “With the recent launch of Windows 11 Microsoft also made having a hardware TPM module mandatory. Although this technology is not new (it was introduced in Windows 10 and Windows Server 2016), now, that most people can’t upgrade to Windows 11, it will (slowly) become mainstream. (My personal opinion on it is that is probably a step in the right direction, but Microsoft could have handled mandating it better..)

Several months ago, when I heard about this new requirement, I checked how much this upgrade for me would cost. At the time prices for a TPM2.0 module for my motherboard (Gigabyte AORUS GAMING 3) started at around €150, which is not much less then, but definitely comparable with, the price of the motherboard itself. Not prepared to pay that much for a “free” Windows 11 upgrade, I started to look into if and how I could create the same thing on my own.

Research, things I learnt
During the research for this module I learnt that these modules are not identical for each motherboard brand and model, which makes it somewhat difficult for the average user to buy the correct one. I found that the modules required for the various motherboards vary in only two parameters:

I also found a manufacturer of such TPM chips, Infineon. They have a whole range of chips catering for the older, TPM1.2 standard and the current, TPM2.0 standard, in all the different communications interface combinations.

My motherboard requires a chip with the LPC interface, so I ordered a few SLB9665 chips on eBay. It turns out that in small quantities I can buy this chip for around €3 apiece. Also, according to the datasheet, it needs almost no external parts to make it work with the motherboard.”