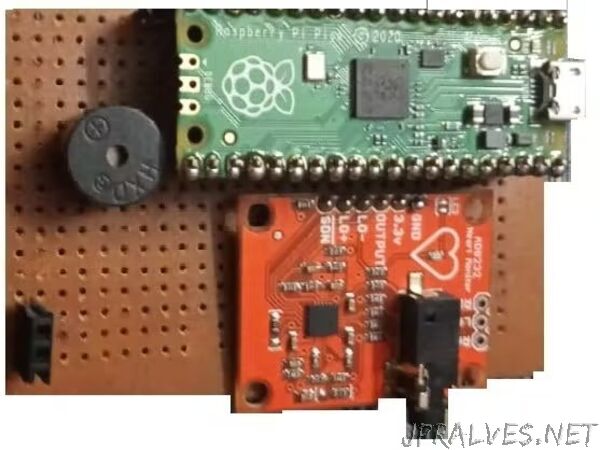 “A portable device to detect and alert a person if he/she is experiencing mental stress.

Mental health is one of the biggest concerns of today’s world. As the lives of people are getting busier, daily stress is something that is common like daily breakfast. Though stress has become so common in daily life, still it has some adverse effects on both physical and mental health. Studies shows the effects of prolonged stress can range from cardiovascular diseases, high blood-pressure, diabetes, as well as mental problems like anxiety, depression and bi-polarity disorder. Even with such adverse effects, it is very hard to understand if anyone is experiencing extensive stress for a prolonged period of time. In this project, I have tried to make a portable and cheap module that can detect excessive stress and ring a buzzer to alert the user. Two electrodes are placed on the forehead, near the scalp above each eye, to collect the EEG data from the pre-frontal cortex, the part of the brain responsible for logic, reason and general intelligence. A third electrode is placed on the neck behind the ear to get the relative signal for removal of noise in the EEG data due to muscular movement. During cognitive stress, the first part of the brain that gets effected is the pre-frontal cortex, where the pre-frontal cortex performance is decreased significantly. This phenomenon of the brain is taken into account for the development of this project, that detects changes in the signals of the pre-frontal cortex and calculate if the person is experiencing stress or not at a very early stage before there is any adverse effects due to stress. For gathering the EEG signal and eliminating the noises, AD8232 bio-signal processor is used. The output data from the AD8232 is then fed to a Raspberry Pi Pico that calculates the stress level and rings a buzzer if stress is outside threshold limits. The module can be powered with batteries or a power-bank and even directly from mobile phone. This can be useful for patients with ADHD, anxiety disorder and epilepsy to detect generation of stress at an early stage and prevent the on-set of a seizure episode. Also this can be used by anyone who wishes to monitor his/her regular stress and live a healthier lifestyle.”