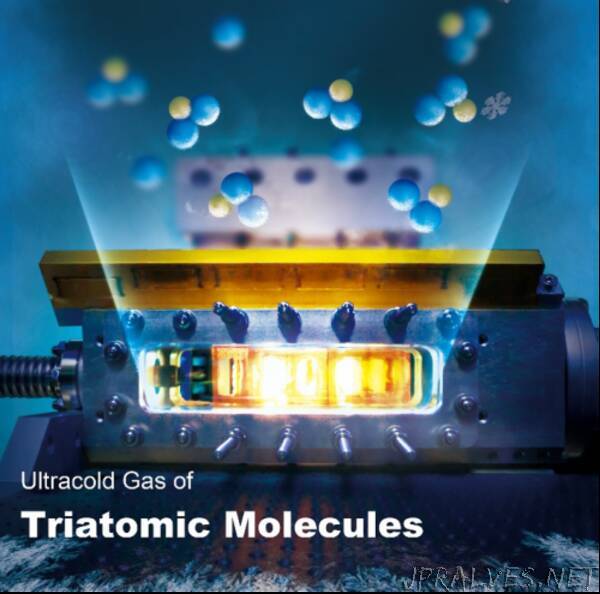 “Recently, a research team led by Prof. PAN Jianwei and Prof. ZHAO Bo from the University of Science and Technology of China (USTC) of the Chinese Academy of Sciences (CAS), used adiabatic magneto-association to create ultracold gas of triatomic molecules with high phase-space density from degenerate mixture of 23Na40K molecules and 40K atoms for the first time. This work was published in Science.

The use of highly controllable ultracold molecules in the simulation of complex chemical reactions allows for comprehensive study of complex system. Direct cooling of ultracold molecules is challenging due to the complexity of the vibrational and rotational energy levels in molecules. A method has been proposed for coherently converting ultracold atoms into ultracold molecules. Diatomic molecules, which benefit from high phase-space density and low temperature and can be coherently transferred to the ground state using laser, have been created using the Feshbach resonance.

The creation of ultracold triatomic gases lays the foundation for the simulation of three-body study in quantum physics, and the high phase-space density enables the creation of Bose-Einstein condensates of triatomic molecules.”