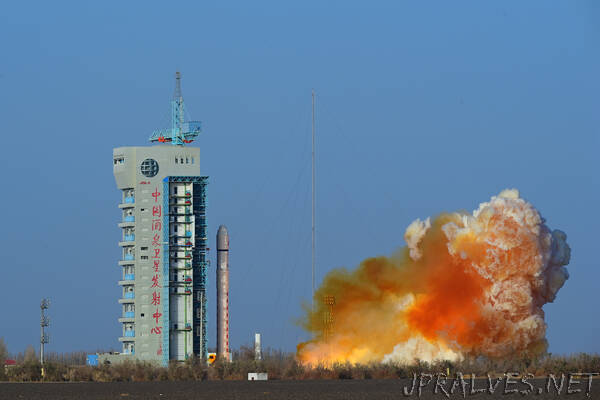 “China launched a Long March 2D carrier rocket on Saturday morning to transport an experimental satellite into space, according to China Aerospace Science and Technology Corp.

The State-owned space conglomerate said in a press release that the rocket blasted off at 9:01 am at the Jiuquan Satellite Launch Center in northwestern China and soon sent the Shiyan 20C, or Experiment 20C, into its preset orbit.

The satellite has been designed and built by the Shanghai-based Innovation Academy for Microsatellites of the Chinese Academy of Sciences. It is tasked with demonstrating new technologies used for purposes such as space environmental monitoring.

Long March 2D, made by the company’s Shanghai Academy of Spaceflight Technology, is propelled by liquid propellants and has a liftoff thrust of 300 metric tons. It is capable of sending a 1.3-ton spacecraft to a sun-synchronous orbit with an altitude of 700 kilometers.

The launch mission marked the 445th flight of the Long March rocket family and the country’s 46th space missions this year. China plans to undertake more than 60 rocket launches in 2022.”