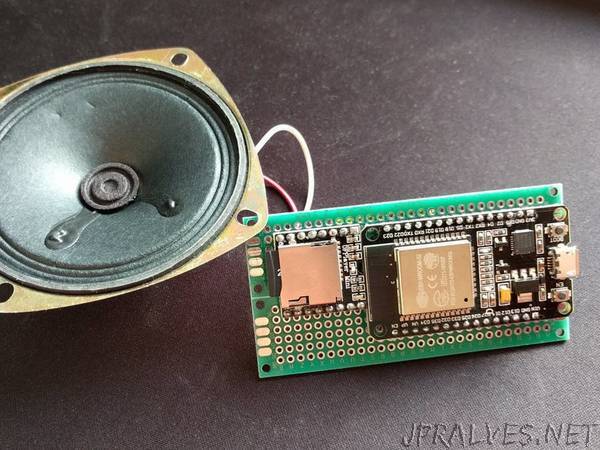 “A doorbell that is triggered via WiFi by a remote microcontroller.

Story
When we moved in our house this year, one of the first things we missed was a doorbell. There was a bell button at the gate, but since the whole building had been gutted down to the concrete nobody knew where the cable ended. When I found a cut-off electric cable in the basement, I suspected that it could be the one leading to the button. With a little help of my beloved multimeter I could confirm that assumption.

However, that lead to the next problem: Not only was the cable cut 2 cm off the wall, there was also no way to extend it to the first floor. And a doorbell in the basement is pretty much useless. There are WiFi solutions available that allow to put the bell in a different room, but they are expensive and need a 220 V hookup. So we settled with a wireless doorbell for the time being but it turned out not to be completely reliable, pretty ugly in comparison to the existing button and I did not like the battery based solution. So I set out to revive the old doorbell with the help of a microcontroller. Or two.”