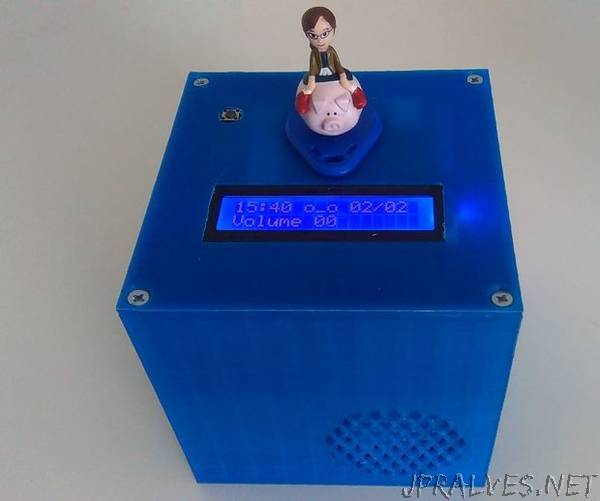 “When looking for some new DIY projects around arduino I found some nice ideas on RFID based MP3 players for Kids. And there is one great professional toy box on the market - these guys rule. They made a great business out of their smart idea. Check out - you’ll find their page!
As my two kids are getting into listening to audiobooks and music, more and more, and still are using good old compact discs with all the handling hassle, I decided to build such an MP3 player box with some nice features to make it a great individual toy for them. After I recently bought my first 3D printer this project seemed to be some good playground to also dive into 3D printing.
So I started into concept phase - which features would I want to implement - RFID, MP3 Player, WLAN (cancelled later), IMU control, LCD display, Alarmclock, wireless charging … Needed to do some research, what components I would need. Which components could I reuse? I still had an IMU, LCD module, some Arduino nanos.
With some experience in soldering and measuring the assembly is doable within 1-2 after work sessions.
The printing of the Box, consisting of a base, a cover plate and a charging station, takes some time (12+ hours depending on the printer and slicer settings), but I did that that during soldering.”