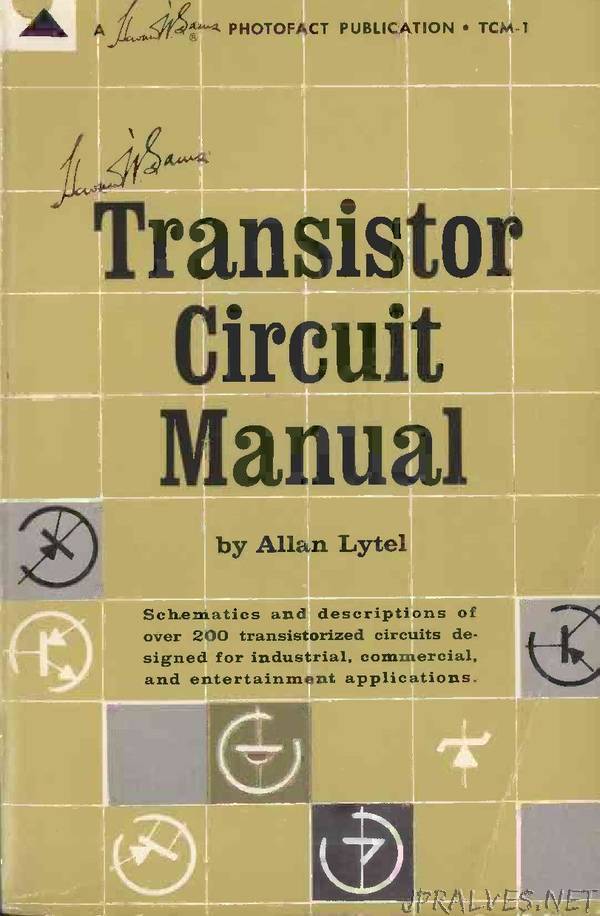 “With the rapid development in the field of transistors and semiconductors, a great need has arisen among engineers, technicians, and experimenters for data on circuit design and operation. The major sources for this data, until now, have been the semiconductor manufacturers themselves. The need for a one -source reference manual thus becomes readily apparent.
Inasmuch as new circuits are being developed almost daily, no single volume could possibly encompass them all. This handbook, therefore, follows the practical approach of including typical designs for general applications in industrial, commercial, and entertainment devices.
In each of the 15 specific circuit categories, schematic diagrams, including notes on parts values and component parameters, are accompanied by text discussions which describe circuit operation, typical applications, and modifications necessary to satisfy specific requirements. In addition, an introductory chapter provides general information on the design and application of semiconductor devices and circuits.
Special acknowledgement must be given to the following manufacturers, who helped make this publication possible by supplying much of the data from which the contents were prepared: Aladdin Elect., Amperex Elect., Bendix, Bradley, CBS, Clevite, Crystalonics, Fairchild, General Electric, Hoffman, Honeywell, International Rectifier, Magnetics Motorola, Nucleonic Prod., Radio Corp. of America, Security Controls, Shockley, Solid State Prod., Sprague, Sunair Elect., Texas Inst., and Transitron.”