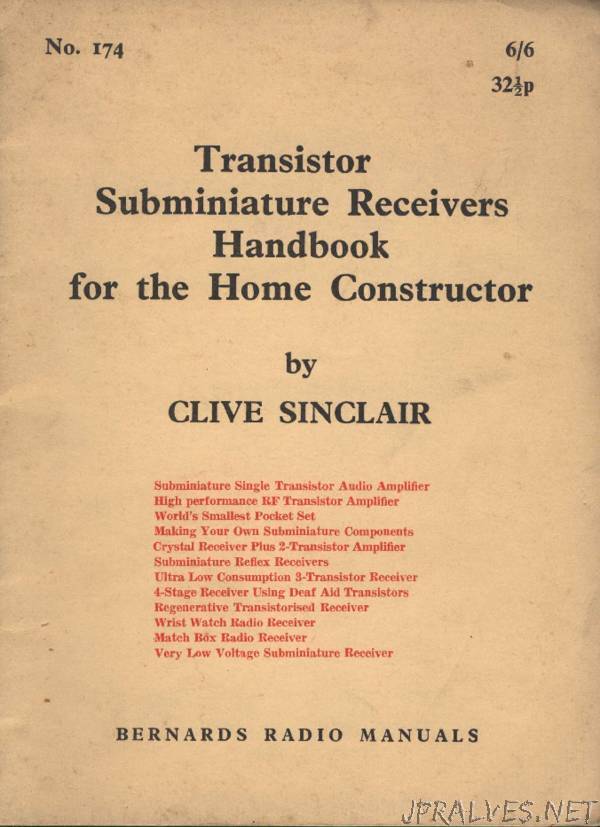 “The increasing complexity of electronic equipment has forced
manufacturers to concentrate on reducing the size of their components
without any reduction in performance. Miniaturization has been achieved
not only by using smaller versions of standard components but also by
the invention and discovery of the new types of components and new
assembly methods. Foremost amongst the hundreds of new components is,
of course, the transistor which not only reduces the size and power
requirements of equipment but at the same time gave a tremendous boost
to the research in semiconductors as a whole. This research has
resulted in semiconductor switches, transformers, power rectifiers,
voltage controlled variable capacitors and newer and better types of
amplifier. Most of these components have yet to be exploited to any
large degree but many of them show tremendous promise. especially in
the fields of higher power and higher frequency devices where the
transistor has limitations. The major recent change of construction
method has been the acceptance of printed circuit boards. Nowadays
almost every radio and television receiver produced uses printed
circuit boards and their use in industry is still more far reaching.
The reason for this swing from conventional wiring is simple to
understand. The new method offers simplicity and uniformity in
construction, more compact assemblies and considerably reduces the
number of rejects. In the future it will also provide a method of
cheaply and accurately constructing many types of components. Switches,
resistors, capacitors, inductances and potentiometers are already being
made to remarkably close tolerances. Still more compact methods of
construction are now being used and developed. The micro - modular
system, now used in the United States, offers tremendous possibilities
for the automatic construction of extremely small and robust pieces of
equipment. In this system all the components are made about a third of
an inch square and with a thickness varying between a twentieth and a
hundredth of an inch. The contacts are brought out to the rim of the
disc. In construction the required components are piled on top of one
another in the correct order and connections made between them by
selectively coating the sides of the resultant block with a conductive
material. Using this system the stationary parts of a radio receiver
have been made hardly larger than a sugar lump. A still more compact
system is now under development both in Great Britain and the United
States. In this system, which is usually referred to as solid
circuitry, all the components are formed in a solid piece of
semiconductor, usually germanium, only about the size of the head of a
match. In this tiny space a unit containing 20 components has already
been made with considerable success. The degree of miniaturization just
described staggers the imagination and may appear to be carrying things
a little too far. However, when one considers that many of the
computers of today are already extremely large and that those of
tomorrow will probably be hundreds of times as complex such a method
appears not only useful but eventually essential. Nor need this degree
of compactness be considered an ultimate, one has only to look at the
minuteness of an insect which would require literally millions of
components to simulate its functions accurately, and one realizes that
we are making something comparatively clumsy. As far as domestic
electronic equipment is concerned, miniaturization has been used, but
only to a rather limited extent. The smallest radios produced in this
country are often called pocket radios by the manufacturers. This they
may be if one is referring to overcoat pockets but nevertheless they
are too large to be carried comfortably in a normal pocket. In my
opinion, a true pocket radio should not only fit into almost any pocket
but should fit easily making no bulge and leaving enough space for
carrying other, possibly more essential, things. In this book I have
described several receivers in this category as well as some slightly
larger sets. Some of the sets described are extremely novel
particularly the extremely small radios. Despite their reduced
dimensions all the radios give sufficient output to be heard comfort-
ably under the conditions for which they were designed. Most of the
circuits have never been published before and were developed and tested
in the Bernards Laboratory. The components used are all obtainable
thanks to the very kind co-operation of the manufacturers concerned. If
you have any difficulty in buying whatever components you require
your best plan is to ask your local supplier to order them for you. If,
for some reason, he is unable to do this you should write to the
manufacturer concerned who will either let you know where the
components may be bought or will agree to supply them directly. Where a
particular make of component is specified you should, if possible,
use that component because that was the type used in the prototype and
others may prove unsatisfactory.”