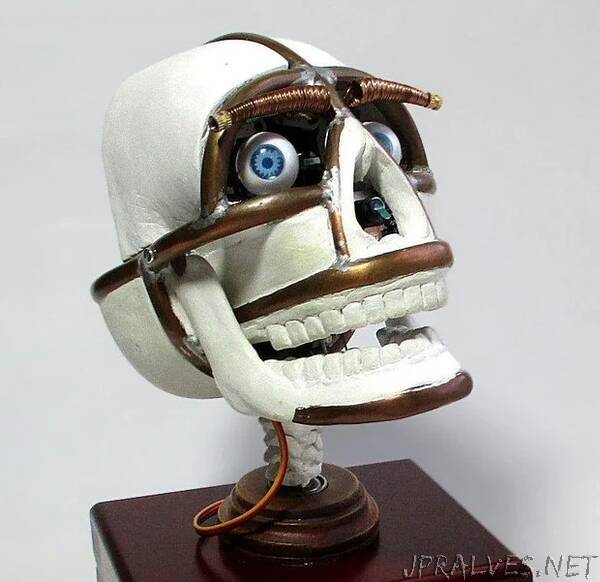 “This Instructable describes how to build an android head. It uses an Arduino Nano as a servo controller.

When I visited an exhibition of robots at our local museum, one of the most popular exhibits was a robot head that tracked people’s faces and tried to copy their expressions (maybe this one). I wondered how it worked and whether I could do something similar.

When you build a humanoid robot head, it’s hard to know where to start. I looked at other examples and couldn’t work out how their chassis was built or how the actuators were attached. Most use hobby servos which directly drive the facial features or use Bowden cables. Mostly with robots, we’re building in a “engineering” style rather than an “organic” style; with an android, you have to merge the two..

The head has six actuators

There’s quite a lot of space left in the skull which I used for the electronics. Animatronic heads might use the space for actuators to

A future Instructable will describe how to use an ESP32cam to control the robot head (via the Nano) and do face detection.”