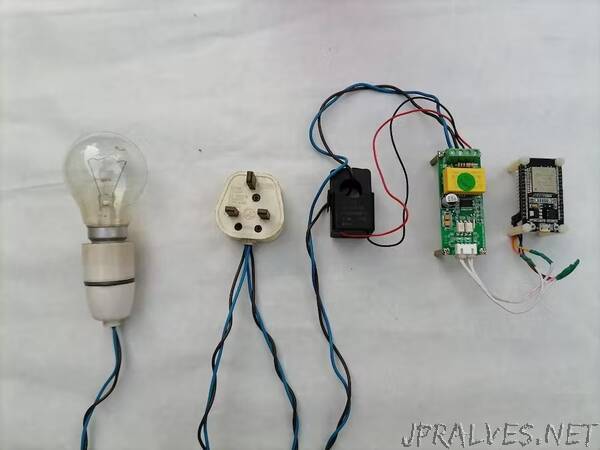 “This is a smart system for managing the energy consumption of separate devices based on CT Sensor.

However, it is also necessary to measure the power consumed by the customer, who is responsible for taking readings and generating billing. Here we have come up with an idea to solve the issue smarty. There is an IOT process to check the current usage and take an idea about the energy consumption of any house based electrical device.

The same operation may be accomplished by an IOT-Based Smart Electricity Consumption Meter without the involvement of humans. The Node MCU ESP-32 microcontroller module, which is used in the IOT Based SECM system, controls the system. This is used of the processing of current sensor.

When it comes to day-to-day activities, electricity is essential. Keeping track of one’s power use has become a time-consuming effort. Because it is necessary to travel to a meter reading room in order to record readings. By allowing users to monitor energy meter readings through the internet, it is possible to automate the system and avoid issues. In this study case we gathered many information related to IOT and Electricity. The concept of a smart energy consumption meter based on the Internet of Things.

This is a smart system for managing energy consumption of any electronic device. The system begins with an ESP32 with current sensor, which accurately measure the current the number of units from the energy meter of the electrical device, then sends the analyzed data to the web application. The data are cloud based so the data is protected and secured.

The Smart Energy Consumption Meter is an electronic gadget that captures information such as voltage level and power factor while consuming electricity. This is accomplished through conveying information to customers in order to have a better understanding of their behavior. It also keeps an eye on the system. In most cases, a smart meter monitors energy in near real time.”