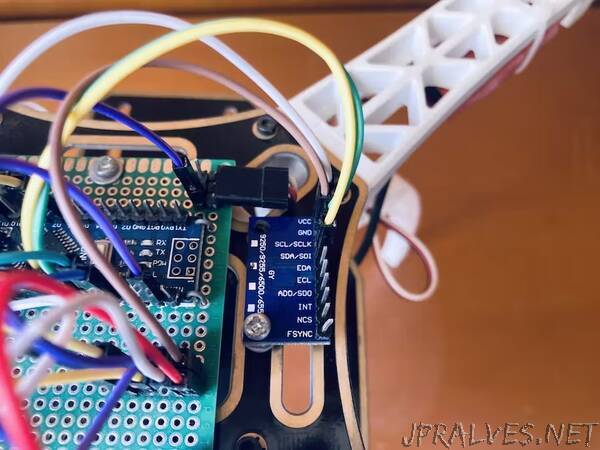 MPU-9250 is one of the most advanced combined accelerometer, gyroscope and compass small size sensors currently available. It replaces the popular MPU-9150 lowering the power consumption, improving gyro noise and compass full scale range performance. It has many advanced features, including low pass filtering, motion detection and even a programmable specialized processor.

Internally it includes the MPU-6500, which contains a 3-axis gyroscope plus a 3-axis accelerometer, and the AK8963, the market leading 3-axis digital compass. The MPU-9250 uses 16-bit analog-to-digital converters (ADCs) for digitizing all 9 axes.

Gyroscope
A gyroscope is a device used for measuring or maintaining orientation and angular velocity. Measured in degrees (or radian) per second, angular velocity is the change in the rotational angle of the object per unit of time.

Depending on the direction there are three types of angular rate measurements:

Yaw: the horizontal rotation on a flat surface when seen the object from above.

Pitch: vertical rotation as seen the object from front.

Roll: horizontal rotation when seen the object from front.

Acceletometer
Accelerometer sensors are integrated circuits (ICs) that measure acceleration, which is the change in speed per unit time. Measuring acceleration makes it possible to obtain information such as object inclination and vibration.

The Absolute Orientation Sensor is one of the common use-cases of a magnetometer and represents a stationary orientation (fixed to the magnetic field vector and gravity vector) to the Earth plane.”