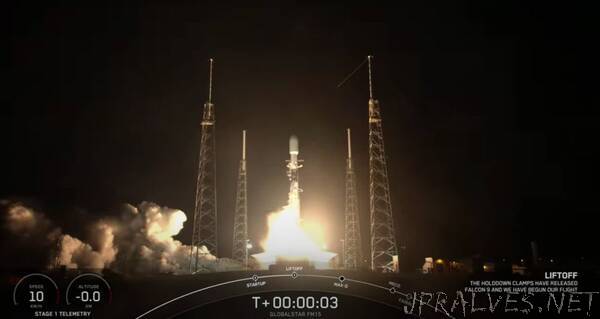 Ten minutes after liftoff, the rocket’s first stage came back to Earth for a vertical landing on the SpaceX droneship Just Read The Instructions, which was stationed in the Atlantic Ocean off the Florida coast. The satellite was deployed into orbit about 1 hour and 50 minutes after launch as planned, SpaceX tweeted(opens in new tab).

It was the third mission for SpaceX in just over 36 hours. The company launched 53 of its Starlink internet satellites on Friday (June 17) from NASA’s Kennedy Space Center in Florida and lofted a radar satellite for the German military from Vandenberg Space Force Base in California on Saturday (June 18).

The Friday mission set a new rocket-reuse record for SpaceX; the Falcon 9 that flew it featured a first stage that already had 12 launches under its belt. (Sunday’s launch was the ninth for this particular Falcon 9 first stage, according to a SpaceX mission description(opens in new tab).)

SpaceX has really ratcheted up its launch pace this year, even before the trifecta. Sunday morning’s liftoff was the the company’s 26th of 2022, and the year isn’t even half over yet.”