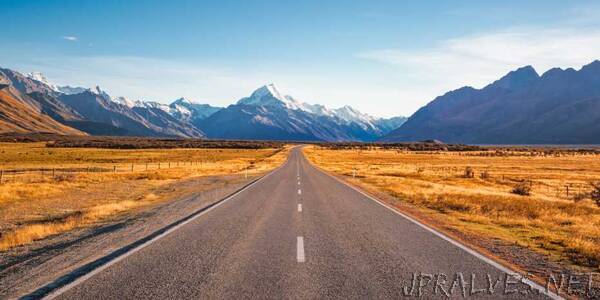 “It is well established that quantum error correction can improve the performance of quantum sensors. But new theory work cautions that, unexpectedly, the approach can also give rise to inaccurate and misleading results — and shows how to rectify these shortcomings.

Quantum systems can interact with one another and with their surroundings in ways that are fundamentally different from those of their classical counterparts. In a quantum sensor, the particularities of these interactions are exploited to obtain characteristic information about the environment of the quantum system, for instance the strength of a magnetic and electric field in which it is immersed. Crucially, when such a device suitably harnesses the laws of quantum mechanics, then its sensitivity can surpass what is possible, even in principle, with conventional, classical technologies. Unfortunately, quantum sensors are exquisitely sensitive not only to the physical quantities of interest, but also to noise. One way to suppress these unwanted contributions is to apply schemes collectively known as quantum error correction (QEC). This approach is attracting considerable and increasing attention, as it might enable practical high-​precision quantum sensors in a wider range of applications than is possible today. But the benefits of error-​corrected quantum sensing come with major potential side effects, as a team led by Florentin Reiter, an Ambizione fellow of the Swiss National Science Foundation working in the group of Jonathan Home at the Institute for Quantum Electronics, has now found. Writing in Physical Review Letters, they report theoretical work in which they show that in realistic settings QEC can distort the output of quantum sensors and might even lead to unphysical results. But not all is lost — the researchers describe as well procedures how to restore the correct results.

Drifting off track
In applying QEC to quantum sensing, errors are repeatedly corrected as the sensor acquires information about the target quantity. As an analogy, imagine a car that keeps departing from the centre of the lane it travels in. In the ideal case, the drift is corrected by constant counter-​steering. In the equivalent scenario for quantum sensing, it has been shown that by constant — or very frequent — error correction, the detrimental effects of noise can be suppressed completely, at least in principle. The story is rather different when, for practical reasons, the driver can perform correcting interventions with the steering wheel only at specific points in time. Then, as experience tells us, the sequence of driving ahead and making corrective movements has to be finely tuned. If the sequence would not matter, then the motorist could simply perform all steering manoeuvres at home in the garage and then confidently put the foot down on the accelerator. The reason why this does not work is that rotation and translation are not commutative — the order in which the actions of one type or the other are executed changes the outcome.

For quantum sensors somewhat of a similar situation with non-​commuting actions can arise, specifically for the ‘sensing action’ and the ‘error action’. The former is described by the Hamilton operator of the sensor, the latter by error operators. Now, Ivan Rojkov, a doctoral researcher working at ETH with Reiter and collaborating with colleagues at the Massachusetts Institute of Technology (MIT), found that the sensor output experiences a systematic bias — or, ‘drift’ — when there is a delay between an error and its subsequent correction. Depending on the length of this delay time, the dynamics of the quantum system, which should ideally be governed by the Hamiltonian alone, becomes contaminated by interference by the error operators. The upshot is that during the delay the sensor typically acquires less information about the quantity of interest, such as a magnetic or electric field, compared to the situation in which no error had occurred. These different speeds in information acquisition then result in a distortion of the output (see the figure).

Sensical sensing
This QEC-​induced bias matters. If unaccounted for, then for example estimates for the minimum signal that the quantum sensor can detect might end up being overly optimistic, as Rojkov et al. show. For experiments that push the limits of precision such wrong estimates are particularly deceptive. But the team also provides an escape route to overcome the bias. The amount of bias introduced by the finite-​rate QEC can be calculated, and through appropriate measures be rectified in post-​processing — so that the sensor output makes again perfect sense. Also, factoring in that the QEC can give rise to systematic bias can help to devise the ideal sensing protocol ahead of the measurement.

Given that the effect identified in this work is present in various common error-​corrected quantum sensing schemes, these results are set to provide an import contribution to tweaking out the highest precision from a broad range or quantum sensors — and keep them on track to deliver on their promise of leading us into regimes that cannot be explored with classical sensors.