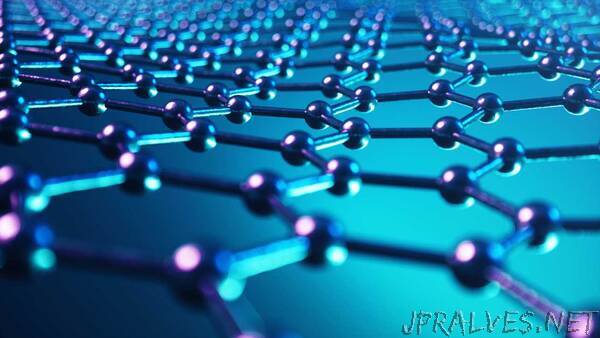 “For the first time, ETH Zurich researchers have been able to make a superconducting component from graphene that is quantum coherent and sensitive to magnetic fields. This step opens up interesting prospects for fundamental research.

Less than 20 years ago, Konstantin Novoselov and Andre Geim first created two-dimensional crystals consisting of just one layer of carbon atoms. Known as graphene, this material has had quite a career since then. Due to its exceptional strength, graphene is used today to reinforce products such as tennis rackets, car tyres or aircraft wings. But it is also an interesting subject for fundamental research, as physicists keep discovering new, astonishing phenomena that have not been observed in other materials.

The right twist
Bilayer graphene crystals, in which the two atomic layers are slightly rotated relative to each other, are particularly interesting for researchers. About one year ago, a team of researchers led by Klaus Ensslin and Thomas Ihn at ETH Zurich’s Laboratory for Solid State Physics was able to demonstrate that twisted graphene could be used to create Josephson junctions, the fundamental building blocks of superconducting devices.

Based on this work, researchers were now able to produce the first superconducting quantum interference device, or SQUID, from twisted graphene for the purpose of demonstrating the interference of superconducting quasiparticles. Conventional SQUIDs are already being used, for instance in medicine, geology and archaeology. Their sensitive sensors are capable of measuring even the smallest changes in magnetic fields. However, SQUIDs work only in conjunction with superconducting materials, so they require cooling with liquid helium or nitrogen when in operation.

In quantum technology, SQUIDs can host quantum bits (qubits); that is, as elements for carrying out quantum operations. “SQUIDs are to superconductivity what transistors are to semiconductor technology – the fundamental building blocks for more complex circuits,” Ensslin explains.

The spectrum is widening
The graphene SQUIDs created by doctoral student Elías Portolés are not more sensitive than their conventional counterparts made from aluminium and also have to be cooled down to temperatures lower than 2 degrees above absolute zero. “So it’s not a breakthrough for SQUID technology as such,” Ensslin says. However, it does broaden graphene’s application spectrum significantly. “Five years ago, we were already able to show that graphene could be used to build single-electron transistors. Now we’ve added superconductivity,” Ensslin says.

What is remarkable is that the graphene’s behaviour can be controlled in a targeted manner by biasing an electrode. Depending on the voltage applied, the material can be insulating, conducting or superconducting. “The rich spectrum of opportunities offered by solid-state physics is at our disposal,” Ensslin says.

Also interesting is that the two fundamental building blocks of a semiconductor (transistor) and a superconductor (SQUID) can now be combined in a single material. This makes it possible to build novel control operations. “Normally, the transistor is made from silicon and the SQUID from aluminium,” Ensslin says. “These are different materials requiring different processing technologies.”

An extremely challenging production process
Superconductivity in graphene was discovered by an MIT research group five years ago, yet there are only a dozen or so experimental groups worldwide that look at this phenomenon. Even fewer are capable of converting superconducting graphene into a functioning component.

The challenge is that scientists have to carry out several delicate work steps one after the other: First, they have to align the graphene sheets at the exact right angle relative to each other. The next steps then include connecting electrodes and etching holes. If the graphene were to be heated up, as happens often during cleanroom processing, the two layers re-align the twist angle vanishes. “The entire standard semiconductor technology has to be readjusted, making this an extremely challenging job,” Portolés says.

The vision of hybrid systems
Ensslin is thinking one step ahead. Quite a variety of different qubit technologies are currently being assessed, each with its own advantages and disadvantages. For the most part, this is being done by various research groups within the National Center of Competence in Quantum Science and Technology (QSIT). If scientists succeed in coupling two of these systems using graphene, it might be possible to combine their benefits as well. “The result would be two different quantum systems on the same crystal,” Ensslin says.

This would also generate new possibilities for research on superconductivity. “With these components, we might be better able to understand how superconductivity in graphene comes about in the first place,” he adds. “All we know today is that there are different phases of superconductivity in this material, but we do not yet have a theoretical model to explain them.”