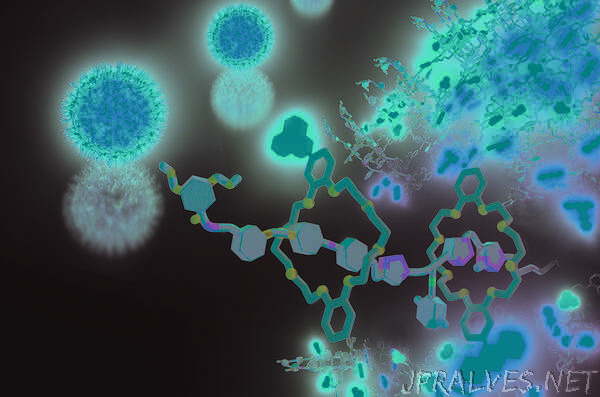 “In three advances, scientists replicate—and in some cases improve on—the body’s own minimachines

In three studies, scientists report designing their own molecular pumps and rotary motors. The puny devices are not quite ready to make their real-world debut, but future versions could suck carbon dioxide from the air and harvest valuable metals from seawater. The new studies show it’s possible to get teams of motors all working in the same direction and concentrate target chemicals in a confined space, a feat biology uses to sustain work.

“These are very important steps toward useful real-life molecular machines,” says Ivan Aprahamian, a chemist at Dartmouth College who wasn’t involved with the studies.

Most large motors burn fuel to generate heat that then drives pistons and gears to create motion. But life on the molecular scale is different. Because of the vanishingly small size of molecules, a chemical reaction that causes a molecular rotor to spin clockwise is equally likely to spin it counterclockwise. And heat jostles molecules randomly in all directions. “At such small scales, random chaotic motion of components and molecules is inevitable,” says Nathalie Katsonis, a chemist at the University of Groningen.

Fraser Stoddart has been working to overcome this challenge for years. The organic chemist at Northwestern University created some of the world’s first small, chemical-based molecular machines, sharing a Nobel Prize for his research in 2016. His team designed rings that would thread on and off a molecular axle when different chemicals were added. But because those machines drifted around randomly in solution, collections of them didn’t coordinate their tasks in any particular direction, which meant they couldn’t perform useful work.

Stoddart and his colleagues have now gotten past that hurdle. As they reported in Science in December 2021, they immobilized a new breed of molecular pumps on the surface of solid particles made from materials known as metal organic frameworks. These particles have a Tinker Toy–like architecture that chemists can control at the atomic level. That made it possible for the researchers to graft their molecular pumps to these surfaces all in the same orientation.

The scientists then showed that by feeding their system a pair of chemicals, they could drive multiple rings onto each grafted thread, increasing their concentration there to a higher level than that of the rings floating in solution. Although the researchers haven’t done anything yet with their minipumps, Stoddart says further tinkering could create teeny machines that pluck carbon dioxide molecules from the air to fight climate change, perhaps by pumping the gas across a membrane that allows it to be captured and sequestered.

Another stride toward making useful molecular pumps came this week, from David Leigh, a chemist at the University of Manchester, and his colleagues. He and his colleagues immobilized tiny machines on micrometer-size plastic beads. Then, like the Stoddart group, they showed that by repeatedly adding a pulse of a chemical fuel, they could thread multiple rings on rods attached to the beads.

Leigh’s researchers used two different rings, which emitted green or blue light, and showed they could alternate the different colored rings on the rods, they reported on Monday in Nature Nanotechnology. One possible use: moving rings on and off threads in order to write and read data for high-density data storage, Leigh says. And if the team can pass chemicals from the rings to the inside of hollow beads, the tiny devices could suck toxins out of the blood stream.

A combination of two fuel molecules changes the configuration of the diacid, however, first eliminating the blockage, which allows the rotor to spin, and then restoring the blockage, ensuring the rotor can’t spin backward. Additional pairs of fuel molecules spin it again. “Our motor will spin as long as fuel is present,” Leigh says. Although it’s not yet clear just what scientists will do with this 26-atom rotary motor, a larger biological analog uses rotational motion to generate adenosine triphosphate, the fuel used by cells to do work.

For now, the fuel-driven rotor’s spin isn’t very fast, only making about three revolutions per day. But Leigh notes that chemists are still learning the rules for making molecular machines more efficient. The next big hurdle will be coordinating these machines to carry out useful tasks. That may even allow the work to pay for itself by, say, harvesting precious metal ions from the ocean for use in electronics and chemical manufacturing. When chemists learn how to coordinate this type of practical work, “it will be a game changer,” Leigh says.