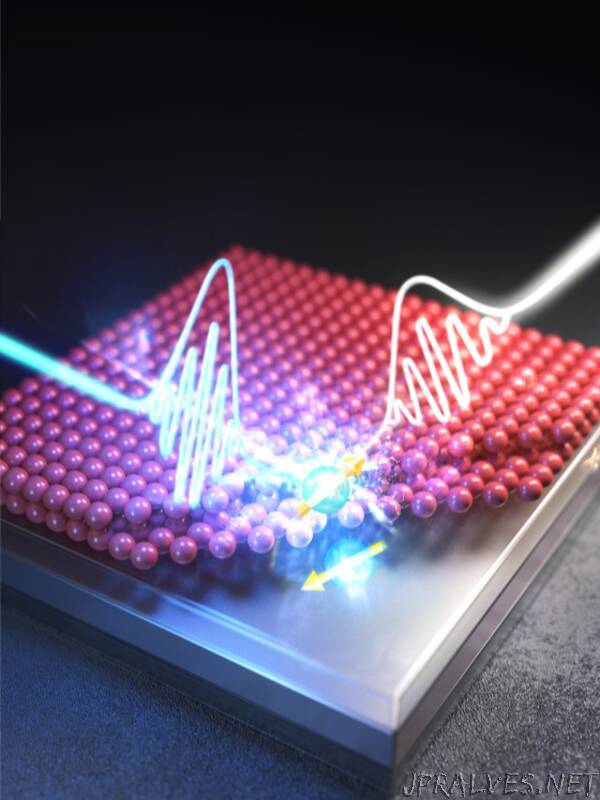 “Quantum Dot (QD) is a nanometer-sized semiconductor nanocrystal that has unique optical properties such as the ability to emit light in the range of optical frequencies depending on its size. QDs have already been applied to practical optoelectronic applications including light-emitting displays, solar cells, photodetectors, and lasers.

A hole usually pairs with an electron in the conduction band and forms a quasi-particle called an “exciton” that is bound via Coulomb interaction. After formation, the exciton can recombine spontaneously and emit light with the same energy as the band gap. The most important parameter in this process is the “transition dipole moment”, which is an electric dipole moment associated with the transition between the two states. Typically, the larger this quantity, the greater the recombination rate.

To date, numerous spectroscopic studies have been conducted to suppress the Auger recombination process in QDs. However, most previous studies have mainly focused on modifying the structural characteristics of quantum dots and synthesizing new types of quantum dots structures. Therefore, research on active control of the Auger recombination process by manipulating the optical environment is lacking.

According to researchers, this study found a new way of manipulating the Auger process using nanostructures. They stressed that they first revealed the fundamental mechanism of suppressing the nonradiative Auger recombination by decreasing the amplitude of the net transition dipole moment through simply combining with external structures without complicating molecular technology. It is believed that the findings in this study will have an important implication in improving the efficiency of QD-based devices in the future.

Their finding was published on December 23 in “Advanced Optical Materials (IF = 9.926)”, one of the prominent journals in the optics field.”