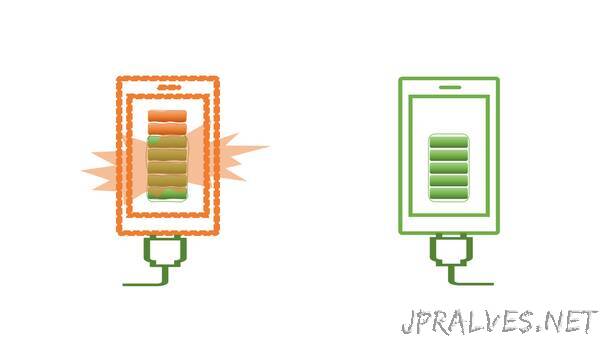 “Quantum technologies, i.e. technological devices obtained by building and manipulating quantum mechanical systems, are becoming a reality in recent days. The most prominent example is certainly given by quantum computers, where the unit of information, the bit, is replaced by its quantum mechanical counterpart, informally called the qubit. Contrary to classical computers, quantum computers promise to use the full quantum mechanical features of qubits, in order to address and solve computational problems which would be out of reach by using classical computers. As an example, the Canadian company Xanadu recently claimed that its quantum computer has been able to solve, in just 36 microseconds, a computational task that would have required 9000 years using state-of-the-art supercomputers.

Quantum technologies need energy to operate. This simple consideration has led researchers, in the last ten years, to develop the idea of quantum batteries, which are quantum mechanical systems used as energy storage devices. In the very recent past, researchers at the Center for Theoretical Physics of Complex Systems (PCS) within the Institute for Basic Science (IBS), South Korea have been able to put tight constraints on the possible charging performance of a quantum battery. Specifically, they showed that a collection of quantum batteries can lead to an enormous improvement in charging speed compared to a classical charging protocol. This is thanks to quantum effects, which allow the cells in quantum batteries to be charged simultaneously.

Despite these theoretical achievements, the experimental realizations of quantum batteries are still scarce. The only recent notable counter-example used a collection of two-level systems (very similar to the qubits just introduced) for energy storage purposes, with the energy being provided by an electromagnetic field (a laser).

Given the current situation, it is clearly of uttermost importance to find new and more accessible quantum platforms which can be used as quantum batteries. With this motivation in mind, researchers from the same IBS PCS team, working in collaboration with Giuliano Benenti (University of Insubria, Italy), recently decided to revisit a quantum mechanical system that has been studied heavily in the past: the micromaser. Micromaser is a system where a beam of atoms is used to pump photons into a cavity. Put in simple terms, a micromaser can be thought of as a configuration specular to the experimental model of quantum battery mentioned above: the energy is stored into the electromagnetic field, which is charged by a stream of qubits sequentially interacting with it.

The IBS PCS researchers and their collaborator showed that micromasers have features that allow them to serve as excellent models of quantum batteries. One of the main concerns when trying to use an electromagnetic field to store energy is that in principle, the electromagnetic field could absorb an enormous amount of energy, potentially much more than what is necessary. Making an analogy with a simple case, this would correspond to a phone battery that, when plugged, continues to increase its charge indefinitely. In such a scenario, forgetting that the phone is plugged in could be extremely risky, since there would be no mechanism to stop the charging.

Luckily, the team’s numerical results show that this cannot happen in micromasers. The electromagnetic field reaches quickly a final configuration (technically called a steady state), whose energy can be determined and decided a priori when building the micromaser. This property ensures protection from the risks of overcharging.

In addition, the researchers showed that the final configuration of the electromagnetic field is in a pure state, which means that it brings no memory of the qubits that have been used during the charging. This latter property is particularly crucial when dealing with a quantum battery. It ensures that all the energy stored in the battery can be extracted and used whenever necessary, without the need of keeping track of the qubits used during the charging process.

Finally, it was shown that these appealing features are robust and are not destroyed by changing the specific parameters defined in this study. This property is of clear importance when trying to build an actual quantum battery since imperfections in the building process are simply unavoidable.

Interestingly, in a parallel series of papers, Stefan Nimmrichter and his collaborators have shown that quantum effects can make the charging process of the micromaser faster than classical charging. In other words, they have been able to show the presence of the previously mentioned quantum advantage during the charging of a micromaser battery.

All these results suggest that micromaser could be considered as a promising new platform that can be used to build quantum batteries. The fact that these systems have been already implemented in experimental realizations for many years could give a serious boost in building new accessible prototypes of quantum batteries.

To this end, the IBS PCS researchers and Giuliano Benenti are currently starting a joint collaboration with Stefan Nimmrichter and his collaborators, to further explore these promising models. The hope is that this new research collaboration will finally be able to benchmark and experimentally test the performances of micromaser-based quantum battery devices.”