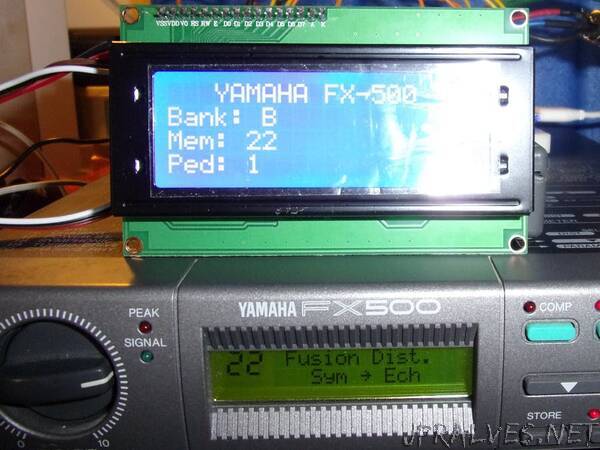 “A pedal board to send MIDI Program Change to my old guitar multieffect that has a MIDI IN port.

I have an old guitar multieffect Yamaha FX-500.

To change the presets (90 in total), I must press up/down buttons and confirm it with another one. It is not useful while playing guitar.

So I decided to create a pedalboard to change the presets quickly.

In the back of the multieffect there is a MIDI IN port that can receive MIDI instructions (or for connecting the original pedalboard).

So, using an Arduino Micro and the MIDI.h library I create the prototype.

I want a 5x2 memory slot. Each single pedal button can memorize two preset. There is a sixth pedal button (called Bank A/B) that is used to switch between the two presets associated to each button.

At first I create a prototype with two buttons (one pedal and the bank A/B), to test the first code version and the MIDI messages.”