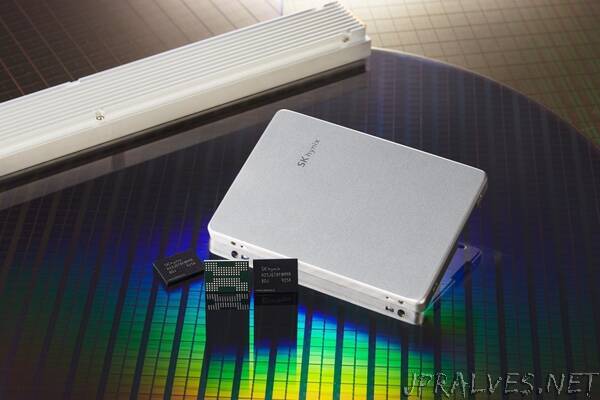 “SK hynix Inc., a global semiconductor maker based in Korea, is set to introduce its newest offering of “Gold P31” and “Platinum P31” PCIe NVMe Solid State Drives (SSDs) at the Consumer Electronics Show (CES) 2020, which will be held on January 7–10 in Las Vegas, Nevada. The drives are built with SK hynix’s 128-layer 4D NAND flash, only six months after the Company announced the mass production of the world’s first and highest vertical stack for NAND flash, demonstrating the chipmaker’s technological edge.

As a leading manufacturer of memory chips, SK hynix builds and supplies its own DRAM and NAND flash devices, as well as SSD controllers designed and developed in-house. The company has a proven track record as a major supplier to global OEMs including top-tier PC makers, who have trusted and purchased SK hynix’s SSDs for nearly a decade now. As a next step, SK hynix is now expanding into the consumer market with its newest drives.

“SK hynix’s new SSDs were built as premier solutions for users seeking advanced performance to run multimedia tools and the most demanding of PC games,” said the Company’s spokesperson. “We are excited to introduce SK hynix’s Gold S31 SATA, Gold P31 PCIe, and Platinum P31 PCIe SSDs for the first time at CES, at a time when the brand continues to expand its presence in the United States.”

The new Gold P31 and Platinum P31 PCIe SSDs will be on display at SK hynix’s booth #13529 in the Las Vegas Convention Center’s Central LLCC Hall. Before this newest addition, SK hynix launched “SuperCore” series of consumer SSDs starting with Gold S31, the 2.5-inch SATA III SSD offering the industry’s best-in-class speed and reliability, available on Amazon in the U.S.

The SATA-based Gold S31 was rated as one of the best SSDs by influential tech media outlets, including PCWorld: “In real world copies (data transfers), this first (consumer) SSD from SK hynix, proved the fastest SATA drive we’ve ever tested. The price is right, and the company is actually one of the largest semiconductor purveyors in the world so don’t let the name throw you. All the technology is in-house. A very good drive,” said Jon L. Jacobi, contributor to PCWorld.”