The Micro Bit (also referred to as BBC Micro Bit, stylized as micro:bit) is an ARM-based embedded system designed by the BBC for use in computer education in the UK. 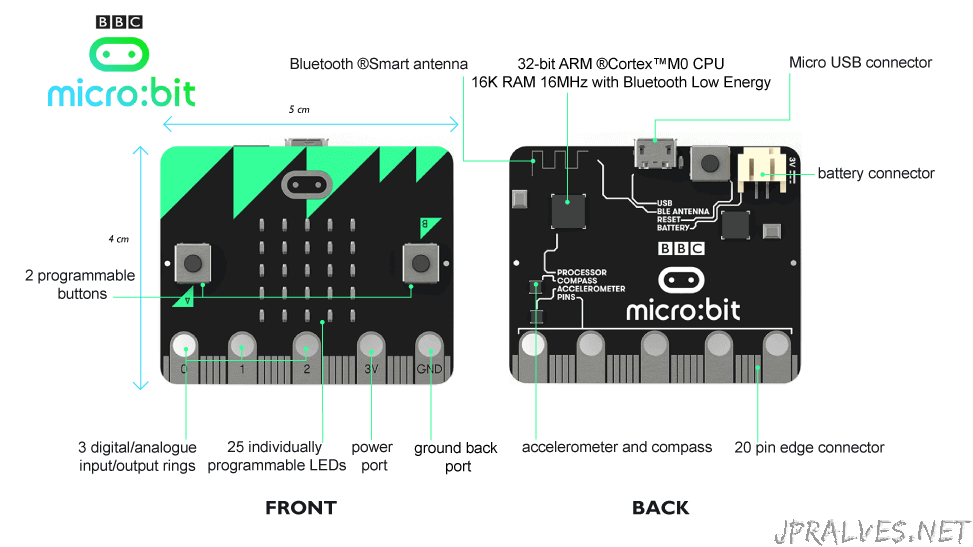 The board is 4 cm × 5 cm and has an ARM Cortex-M0 processor, accelerometer and magnetometer sensors, Bluetooth and USB connectivity, a display consisting of 25 LEDs, two programmable buttons, and can be powered by either USB or an external battery pack.[2] The device inputs and outputs are through five ring connectors that are part of the 23-pin edge connector. 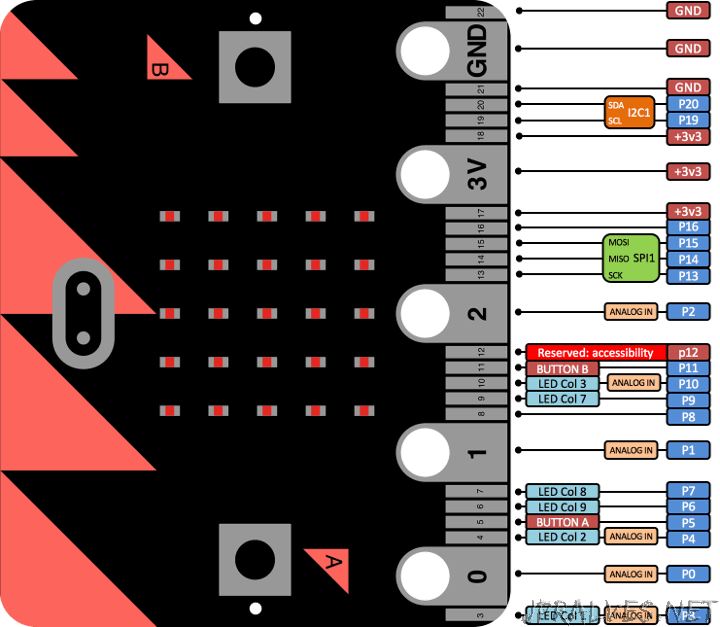 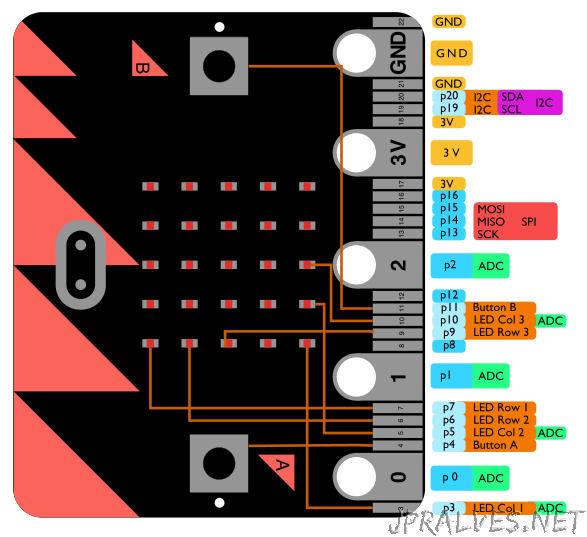