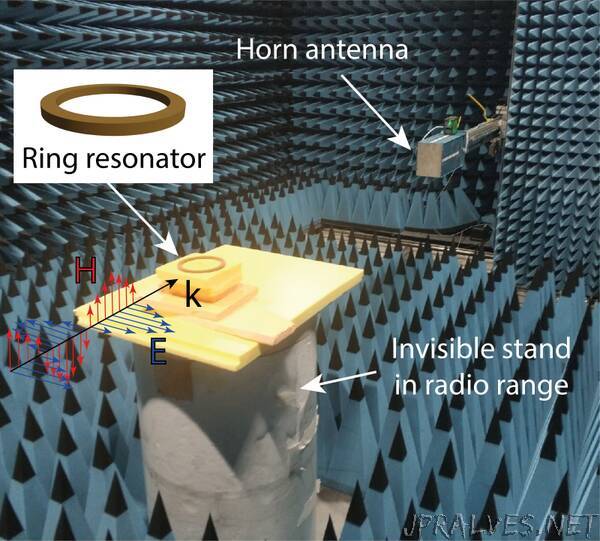 “We live in a world powered by resonance: there are resonant antennas in our smartphones, and microwaves heat up our food using resonant absorption of electromagnetic radiation by water molecules. Even bridges and skyscrapers remain intact because they were designed to account for the resonance-based nature of various phenomena, such as earthquakes. It is no wonder then that dielectric micro- and nanoresonators are expected to bring about the age of optics, when all electronic devices will be replaced with optical ones. Recently, scientists from ITMO University have contributed to this field by demonstrating new photonic properties of resonators, which make it possible to control their parameters in sensors, detectors, and antennas for different devices. Their study was published in Materials Today.

Let’s consider a whispering gallery. It’s an acoustic phenomenon that can occur in any round room with smooth walls – one famous example is the gallery of St. Paul’s Cathedral in London. If you were to face the wall in the gallery and whisper, the sound of your voice would be carried along the circumference of the room but not to its center. This effect occurs because soundwaves are reflected from the circular walls, forming resonant standing waves or the so-called whispering-gallery modes. Objects that enable this effect are disk-shaped or cylindrical resonators that have only one lateral plane, along which both sound and optical waves travel.

Whispering-gallery modes are also characteristic of ring-shaped resonators; however, their two lateral planes should create new acoustic and optical states, which makes them an interesting study object for nanophotonics. Moreover, ring-shaped resonators already serve as one of the main building blocks for cutting-edge integrated optical circuits and are used as sensors, detectors, and antennas in different devices.

Contributions of ITMO scientists
Researchers from ITMO and their collaborators from the Ioffe Institute of the Russian Academy of Sciences have demonstrated that the resonant properties of rings are fundamentally different from those of disks. They also discovered that sound and optical waves span the entire volume of a resonator, not just a narrow area along its inner wall. In order to obtain this data, they transformed a disk-shaped resonator into a narrow ring by gradually increasing its inner radius, and then analyzed the corresponding changes in its resonant properties.

In their experiments, the researchers were able to demonstrate the variety of resonant states that are excited, radiated, and can be detected by ring-shaped resonators. In contrast to disk-shaped resonators, ring-shaped ones have four lateral planes, meaning that they can accommodate not only longitudinal but also transverse resonances, as well as their interactions. This property opens new avenues for dielectric resonators in acoustics and photonics.

In order to analyze new properties of ring-shaped resonators, ITMO’s scientists conducted preliminary computations and a test experiment in an anechoic chamber (a room where all sound and electromagnetic waves are absorbed). In the center of the chamber, the physicists placed a ceramic ring resonator designed for the radiofrequency spectrum with very low thermal losses. At equal distances from the resonator, the transmitting and receiving antennas were placed. Then, the researchers measured the light scattering spectra (which fit the initial calculations) and observed numerous new phenomena for ring resonators: Fano resonance and the Kerker effect, bound states in the continuum, and exceptional points in the parametric space. By studying these phenomena further, researchers will shed light on the nature of various linear and nonlinear effects such as enhancement of photoluminescence and high-order harmonic generation.

Thus, this experiment demonstrated new effects in theory and practice. For instance, the scientists were able to increase the resonator’s quality mode (this will help increase its sensitivity as an antenna or sensor), as well as produce zero scattering in a ring, which means that a dielectric object can be rendered practically invisible in a certain spectrum. This discovery of new properties of dielectric resonators signifies several new opportunities. First, it means greater freedom in choosing the parameters of the resonator and the operating wavelength, and second, it presents the possibility of switching between zero and maximum signal in different spectral ranges.

Applications of the study
This study will serve to expand the fundamental understanding of bound states in the continuum (BICs), making it possible to develop an improved BIC laser from ring resonators, which would be multimodal, unlike one made with disk-shaped resonators. This laser will be capable of emitting light at a specific wavelength, which makes it suitable for a range of medical applications.

“Just like in our lives, in science sometimes stereotypes play a big part. That is the case, for instance, of the study of resonant photonic properties of ring-shaped resonators. There are hundreds of publications describing their analysis and applications, all of their authors studying whispering-gallery modes in ring resonators. That’s why our paper has been rejected several times by editors of major journals – they simply couldn’t believe there had been anything else, especially anything curious and promising, to discover in the seemingly extensively studied ring resonators. We were able to go beyond these stereotypes and finally publish our research in a high-ranking journal, marking the launch of a new research field. We are already applying the ideas from this article to our new work because optical resonators come in different shapes and now we know the kinds of new properties that we might discover, as well as their potential practical applications,” shared Nikolay Solodovchenko, an author of the paper and a PhD student at ITMO’s Faculty of Physics.