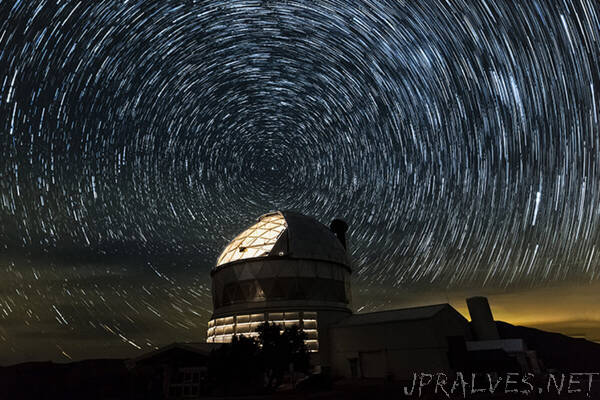 “Astronomers on a historically ambitious and massive galaxy-mapping mission have activated more than 10,000 amateur scientists in 85 countries to help in their quest. Now they hope to significantly scale up their volunteer force for a unique project that could reveal for the first time the nature of dark energy.

The research project known as HETDEX, or the Hobby-Eberly Telescope Dark Energy Experiment, is based at The University of Texas at Austin’s McDonald Observatory and relies on volunteers who participate online in a project called Dark Energy Explorers. With a smartphone or computer, participants can experience what it’s like to be an astronomer, teasing apart the mysteries of the universe while helping professional astronomers find distant galaxies and learn more about the mysterious force known as dark energy, which is causing the universe to rapidly expand.

Since Dark Energy Explorers launched in February 2021, more than 10,000 volunteers have identified approximately 240,000 galaxies. That amounts to almost one-tenth of the number of galaxies the researchers expect to ultimately find in their survey of a patch of sky that includes most of the Big Dipper and is about the size of 2,000 full moons.

“That’s why we need more people,” said Karl Gebhardt, a professor of astronomy at UT Austin and project scientist and principal investigator for HETDEX. “If we can get to 100,000 people volunteering, which I think is doable across the world, then we’re there in the next year.”

After a brief tutorial, volunteers look at astronomical images and decide whether the objects they see are galaxies or random noise, a distinction that even the most sophisticated software programs have too much trouble detecting. Volunteers then swipe left or right to indicate whether an image shows a galaxy.

“It’s really exciting to see how enthusiastic the public is about classifying these galaxies,” said Lindsay House, the UT Austin graduate student who leads the project.

The goal is to build the largest 3D map of the cosmos, all focused on galaxies in the early universe to help reveal important clues about dark energy.

The massive research project is designed to reveal whether dark energy changes over time or is constant. At least two-thirds of the universe is believed to be made of dark energy, but scientists know little about it. Understanding how dark energy behaves is a crucial first step toward figuring out exactly what it is, but astronomers need a huge sample of distant galaxies to study to observe dark energy at work. That’s what HETDEX is—a massive survey of more than a million distant galaxies using one of the largest optical telescopes in the world, the 11-meter Hobby-Eberly Telescope at the McDonald Observatory in West Texas.

Dark Energy Explorers volunteers examine images from HETDEX, helping to reduce the time astronomers spend on this task by 90%. That way, the professionals can concentrate their energies on the toughest classifications.

“We’ve tried writing computer code to do this and even used machine learning, but we found the human eye is significantly superior,” Gebhardt said. “We were skeptical at first, but we were blown away by the accuracy.”

To identify the 247,000 galaxies so far, it took volunteers 3.75 million swipes. It takes so many more swipes than galaxies because each candidate galaxy is reviewed by about 15 people to help reach a consensus and increase accuracy.