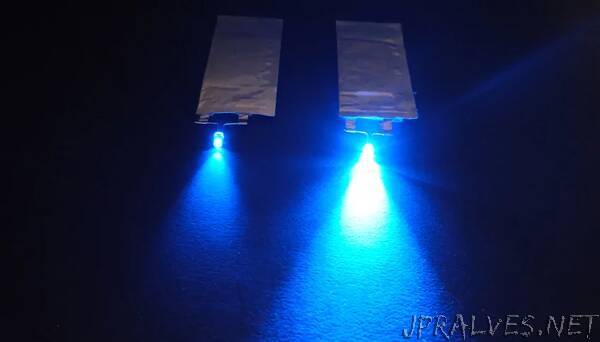 “An invention by researchers at the Max Planck Institute for Medical Research could make batteries much more energy dense, efficient and safer. The research team has found a way to produce very fine metal fleeces, the batene fleece, that can serve as current collectors in batteries and make them more powerful. Batene GmbH, a spin-off of the institute, has licensed the technology through the Max Planck Society’s central technology transfer company, Max Planck Innovation, and is now marketing it. For this, the start-up is receiving initial funding of 10 million euros.

Batteries are a key technology for the energy revolution: They can store electrical energy from renewable sources for times when photovoltaics and wind power do not supply electricity. And they make it possible to power vehicles in a climate-friendly way. They could become even more suitable for this in the future, made possible by technology that Batene is now developing to market maturity.

“The new approach enables the production of a new generation of rechargeable batteries. The metallic nonwovens meet the demand for lighter batteries with high energy density, faster charging rates, prolonged battery runtimes and a longer lifespan. In addition, natural resources are conserved through significantly reduced material consumption and an extremely energy-saving manufacturing process,” says Martin Möller, the managing director of Batene GmbH. “All of this helps society in the transformation away from fossil fuels to a CO2-free economy. It is precisely this protection of the climate and environment that played just as important a role in our considerations as economic factors.”

Batteries are built from a large number of cells, each of which is constructed identically. Two electrodes (cathode and anode), separated by a separator, contain the so-called active material. This consists, for example, of various lithium compounds and stores the energy. These active materials are applied to a highly conductive current collector. Usually, an aluminum foil is used at the cathode and a copper foil at the anode. During the battery’s storage and discharge process, the lithium ions move from one electrode to the other and thus ensure the desired flow of electrons, in other words, the current. However, this only works well in layers less than 0.2 millimeters thick. Therefore, the individual cells must be very thin and stacked using a large amount of material. The inventions brought forth by the Max Planck Institute for Medical Research offer a surprisingly simple solution to this problem.

Metallic fibers allow for thicker battery cells
The core element of the new development is a process developed by Joachim Spatz, Director at the Max Planck Institute for Medical Research, with which very fine metallic fibers can be produced. The metallic fibers, which have very good electrical conductivity, are processed into a dense, conductive metal mesh and filled with the respective active material of the anode or cathode. Such electrodes make it possible to increase the thickness of battery cells to more than two millimeters, ten times that of cells commonly used today. Thicker cells drastically reduce the amount of inactive material used in the battery. As a result, the active material, which is important for energy storage, currently accounts for only about 60 percent of the weight. The new design of the battery developed at the Max Planck Institute for Medical Research reduces the metal content to one tenth and increases the active material proportion of the total battery weight to over 90 percent.

Since the metal meshes have a significantly larger surface area compared to conventional current collectors, batteries with such current collectors can be charged and discharged much faster. In addition, the metal mesh reduces the electrical resistance of the electrodes and increases their mechanical stability, making the batteries safer. Since the use of ultrafine metal mesh electrodes is not limited to the lithium-ion batteries already established today, the founders and investors of Batene GmbH believe that there is also great potential for future generations of rechargeable batteries, such as the lithium metal solid-state batteries or the sodium-ion batteries currently under development.

Further development
Batene GmbH, which was founded in early 2022, has now exclusively licensed the corresponding rights to develop and market the technologies. Demonstrators, which proved to be very efficient, have already shown that the invention is practical. Now the start-up will build up a larger production capacity for electrodes made of metal fleece as well as further develop the technology.

A board of investors and visionaries motivated by economic, environmental and social responsibility supports Batene GmbH both financially with ten million euros and strategically. Thanks to a capital increase, the company is now valued at 42 million euros. Thus, Ocean Zero LLC, which invests in innovative young companies for the accelerated decarbonization of maritime transport, and Christer von der Burg are co-lead investors. “Batene GmbH’s new technology has significant commercial potential, as the demand for batteries will continue to grow strongly in the coming years and battery manufacturers are therefore looking for new, more efficient technologies,” says Bernd Ctortecka, patent and licensing manager at Max Planck Innovation, the central technology transfer company of the Max Planck Society. “In addition, the metallic fleece can also be used in many other technical fields, including filtration, electromagnetic shielding, and catalysis.””