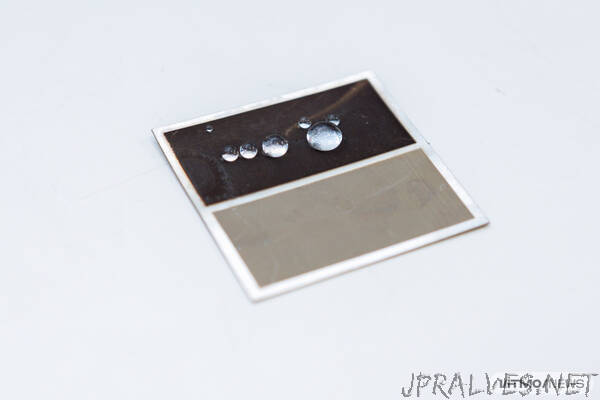 “Biomimetics is an approach that helps scientists develop new materials and devices based on principles present in nature. We’ve about how it’s applied in robotics, but there are many other fields in which it’s also used. For example, physicists working with lasers make use of biomimetics to edit and enhance properties of various materials.

Nature in nano- and microstructures
Scientists are able to change the properties of different materials and, for example, turn them from hydrophobic into hydrophilic ones. In order to do that, they influence the surface of a material and create a required microgeometry (morphology) by using chemical reagents or installations with programming control. However, such methods aren’t always efficient. If you need to change the properties at nano- or microscale or study how one property influences another, you should use other approaches. One of them is to edit the morphology of the surface using laser radiation. Nature helps scientists realize how exactly it should be done.

“How does biomimetics help us? When industrial partners ask us to solve specific tasks, for example, to protect the surface of a ship from biofouling, corrosion, or bacteria, we look for the way it is done in nature. Then, based on our experience, we pick a material, a medium, a source of laser radiation, and an optical system to recreate the natural structure in our lab. We mostly develop the morphology of a living body’s surface, but its initial chemical composition also matters. For example, we can create a lotus’ structure on a hydrophilic surface and edit it to enhance this quality, or we can design a hydrophobic surface and make it even more hydrophobic,” says Galina Odintsova, head of ITMO’s Institute of Laser Technologies.

Enhanced materials
At ITMO’s Institute of Laser Technologies, students and staff work in various research fields related to biomimetics. Among them is studying hydrophilic and hydrophobic properties in order to control how wet a surface is and how liquids move on it; creating structures on the surface of materials to increase biocompatibility, as well as antibacterial and antibiofouling properties, and imitating optical properties of animals and insects.

Hydrophobicity stands for being water-repellent. Some plants, such as nasturtium and columbine, acquire a lotus effect. Due to the low surface energy of the leaves, small drops of water don’t spread over them, but rather gather into several large drops. Under their own weight, they roll down and take dust and dirt particles with them. This is how plants clean themselves.

Scientists can recreate this property and design a self-cleaning surface under artificial conditions. To do this, they form a microstructure with peaks, which in their turn are also covered with smaller, nanoscale peaks.

In addition to hydrophobicity, the movement of droplets is also affected by the adhesion to the surface. For example, a lotus has a hydrophobic surface with low adhesion, which means that water flows off the leaves easily, while a rose has a highly adhesive surface, so it retains water and prevents it from moving.

Hydrophilicity stands for being attracted to water. The Texas horned lizard is able to collect and move condensate through its body to drink it during a hot day in the desert. How? The scales of the lizard form a system of hydrophilic tubes, through which water flows in the right direction. This happens even if the animal is moving upside down. This is called a capillary effect.

In the industry, the hydrophilic properties are used to create absorbent materials such as clothes, medical mineral wadding, beauty products, and more. They also help increase adhesion of different materials so that they could be easily painted or varnished.

Nadezhda Shchedrina, an engineer at the Institute of Laser Technologies and a first-year PhD student, used this example from nature and reproduced similar properties on metal. A wetting gradient was created on the surface of the sample using laser radiation. It consists of sequential processed areas that go from hydrophobic to hydrophilic. When a drop of water is placed on a hydrophobic area, it flows towards the more hydrophilic one.

Such materials with mixed properties can be used to solve various problems – to drain condensate and collect water or create medical microfluidic systems. For example, if you make several branched strips from sections with different properties and place a drop of blood there, it will split in two and flow through different channels, at the end of which there will be different reagents. Depending on what color the two drops turn, the doctor will be able to draw a conclusion about a patient’s health.

Biofouling protection. The hydrophobic properties of lotus and rose have inspired scientists at the Institute of Laser Technologies to create special surfaces for ships that will help reduce biofilm and microorganism fouling. As a result, the researchers developed a hydrophobic microstructure with sockets smaller than the average size of microorganisms. Experiments have shown that biofouling doesn’t occur in the stagnant water of the Gulf of Finland because microorganisms don’t fit into the sockets and can’t cling to the surface. In contrast to traditional methods of antifouling (paints or resins), this method – application of special surfaces modified by laser irradiation – turned out to be more inexpensive and environmentally friendly.

Biocompatibility and antibacterial properties. In order to solve an inverse problem and help microorganisms to secure themselves on a surface and facilitate tissue regeneration, researchers from the Institute of Laser Technologies recreated the shape and structure of an osteon, a structural element of human bone tissue. Thanks to this, cells of the bone tissue (osteocytes) will reproduce more efficiently and stick to the surface better thanks to the biomimetic form. In order to decrease the spread of bacteria in the cervical zone of the implant, the researchers work on another type of surface made with biocompatible titanium oxides. Once activated with a UV light, they acquire antibacterial properties. In the future, the scientists plan to study the influence of UV radiation on antibacterial qualities.

Optical illusions on the surface. Using a laser, you can create materials that will not only repel or attract liquids, but also change color at different angles. In this case, the scientists were inspired by the Morpho butterfly. The structure of its wings is similar to a spruce, the branches of which are wider around the base. The “trunk” is a thin film that creates an interference effect and gives the butterfly a blue color. The “branches” serve as diffraction gratings. They cause the blue color to shimmer with other colors, create volume, and show and hide a part of the image, creating the effect of movement. Something like this happens with soap bubbles or kerosine on asphalt. Using this effect, the scientists will be able to create forgery-protective holograms for banknotes and products.

Butterfly wings are also covered with nanoscales, which give them color. The scientists have adopted this idea and, by depositing precious metal particles from a plasma torch, formed a layer of nanoparticles on the surface of metals. It can change color due to plasmon resonance. However, just like butterfly scales, such a layer is easily erased after being touched. Therefore, now the students of the Institute of Laser Technologies are developing a coating that can protect the multi-colored deposition.”