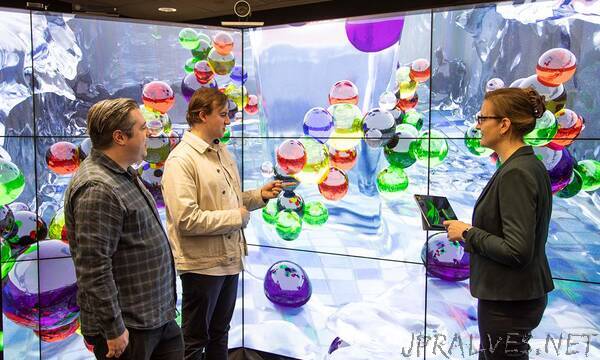 “Scientists in Melbourne have used supercomputers to speed up the search for a key ingredient in the next generation of lithium-metal batteries, which could potentially increase storage capacity by 10-fold compared with today’s technology.

The team led by RMIT University, in collaboration with CSIRO, say the work could benefit the development of batteries that allow electric vehicles to drive further and phones to last longer with a single charge.

“This work could benefit anyone wanting to use electronic devices, such as mobile phones and laptops, or electrified transportation like electric cars and future electric planes for commercial air travel,” said Spencer, a Professor of Chemistry and the Deputy Director of the STEM Centre for Digital Innovation.

“Our work is only a small component of the large body of work being done in the rechargeable battery space, and electric flight for large-scale domestic and international travel is still a long way off.”

Despite rapid advancements this type of battery still faces several challenges related to the stability of the electrolyte, Spencer said.

“The formulation of electrolytes and the nature of their individual components are critical to the ultimate success of this exciting battery technology,” she said.

“Organic-based electrolytes used in lithium-ion batteries are not compatible with batteries using lithium-metal as the anode, as they tend to decompose when exposed to the metal.”

The research, which also involved RMIT PhD scholar Dale Osborne and CSIRO scientists Dr Michael Breedon and Dr Thomas Rüther, is published in the Journal of Materials Chemistry A.

“The team can identify specific features or molecules that might perform better and recommend them to experimental groups to test in the lab,” Osborne said.

“We are able to calculate how modifying the chemical structure of the electrolyte molecules in a battery can ultimately increase the effective capacity of lithium-based batteries.”

“The computational approach we’ve developed dramatically speeds up the screening process, which would traditionally be prohibitively expensive and time consuming if each candidate molecule were to be experimentally synthesised and tested in the lab,” he said.

Next steps
The team is investigating further modifications of the electrolyte molecules that might widen their electrochemical stability, pushing the boundaries of battery storage capacity.

“We are also investigating modifications to lithium-air battery chemistry, which are still in the developmental phase, but could be even lighter and suitable for cutting-edge applications such as electric flight,” Spencer said.

The researchers use supercomputing facilities at the National Computational Infrastructure (NCI) Facility in Canberra and the Pawsey Supercomputing Centre in Western Australia.

“We are also using RMIT’s RACE Hub to analyse our data and produce high-resolution animations that help us to interpret our data and communicate our research findings,” Spencer said.

RMIT is collaborating with Amazon Web Services (AWS) and AARNet to be the first Australian university to implement a dedicated commercial cloud supercomputing facility. Known as RACE Hub, it is enabling true scalable and elastic high-powered computing to support digital innovation.

‘Towards higher electrochemical stability of electrolytes: lithium salt design through in silico screening’ is published in the Journal of Materials Chemistry A (DOI: 10.1039/D2TA01259F).”