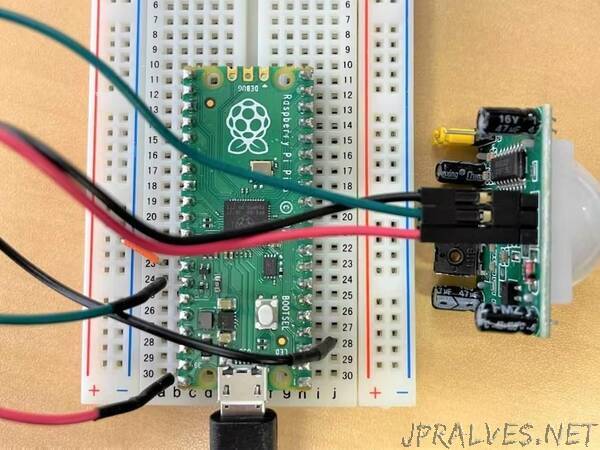 Since the Raspberry Pi Pico was on sale approximately six months ago, I believe it has been used in a variety of electrical crafts and peripheral modules. In these conditions, I experimented with employing a pyroelectric motion sensor that was described in the official manual to detect motion. The switch science online shop sells the sensor that was utilised this time.

We will utilize the user-friendly programming language MicroPython for this project. Burn the firmware that MicroPython uses to run on the Raspberry Pi Picothat can be downloaded from this page using the “Download UF2 file” link. To store the downloaded UF2 file with D&D after burning, press the “BOOT SEL” button on the main unit and attach it to the PC so that it will be recognized as a folder.”