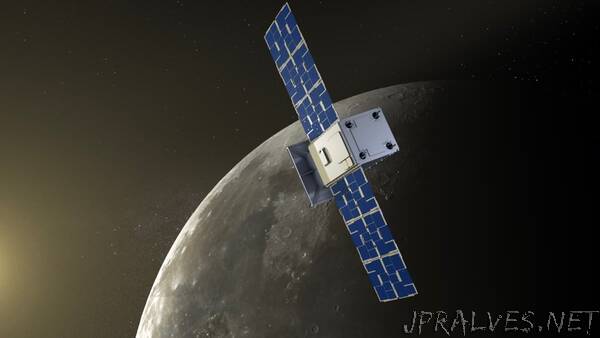 “CAPSTONE has bounced back from its recent communication dropout.

NASA’s little CAPSTONE moon probe has bounced back from its recent hiccup.

The 55-pound (25 kilograms) CAPSTONE successfully performed its first engine burn today (July 7), an 11-minute maneuver that started at 8:30 a.m. EDT (1230 GMT) and changed its velocity by 45 mph (72 kph) as planned, NASA officials said in an update(opens in new tab).

CAPSTONE is now about 289,000 miles (465,000 kilometers) from Earth, agency officials added. That’s significantly beyond the orbit of the moon, but that’s part of the plan; the probe is taking a long, looping and highly fuel-efficient path that will deliver it to lunar orbit on Nov. 13.

Today’s burn was initially supposed to happen on Tuesday (July 5), but the CAPSTONE team delayed it after briefly losing contact with the cubesat. That communication loss occurred on Monday (July 4), shortly after CAPSTONE separated from its Rocket Lab Photon spacecraft bus and began its long solo trek to the moon. (CAPSTONE launched on June 28 atop a Rocket Lab Electron booster, then spent a week in Earth orbit, spiraling farther and farther from our planet via Photon engine burns.)

The CAPSTONE team announced yesterday morning (July 6) that it had re-established contact with the microwave-oven-sized probe. And mission engineers have already figured out what caused the dropout.

On Monday, while investigating inconsistent CAPSTONE ranging data noticed by technicians with NASA’s Deep Space Network, “the spacecraft operations team attempted to access diagnostic data on the spacecraft’s radio and sent an improperly formatted command that made the radio inoperable,” NASA officials wrote in another update today(opens in new tab).

CAPSTONE is now fully up to speed, if today’s burn is any indication. And the probe will get a chance to strut its stuff again soon: the mission team plans to conduct another trajectory-correcting burn on Saturday (July 9).

There will be a series of other burns after that, allowing CAPSTONE to refine its course toward the moon. If all goes according to plan, the cubesat will slide into a highly elliptical near rectilinear halo orbit (NRHO) around Earth’s nearest neighbor about four months from now.

The lunar NRHO is thought to be highly stable, which explains why NASA chose it for its Gateway space station, an important part of the agency’s Artemis program of moon exploration. But no spacecraft has ever occupied a lunar NRHO before. CAPSTONE will spend at least six months in the orbit, helping engineers and mission planners verify its purported stability.

CAPSTONE also carries two technology demonstrations that could help future spacecraft navigate near the moon without as much tracking from Earth as is currently required, NASA officials have said.

CAPSTONE (short for “Cislunar Autonomous Positioning System Technology Operations and Navigation Experiment”) is a NASA project, but Colorado company Advanced Space operates the mission under a $20 million contract the space agency awarded in 2019.”