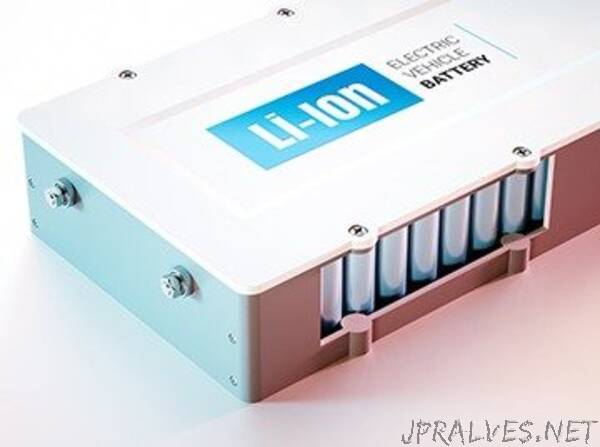 “When temperatures fall below freezing, cellphones need to be recharged frequently, and electric cars have shorter driving ranges. This is because their lithium-ion batteries’ anodes get sluggish, holding less charge and draining energy quickly. To improve electrical performance in the extreme cold, researchers reporting in ACS Central Science have replaced the traditional graphite anode in a lithium-ion battery with a bumpy carbon-based material, which maintains its rechargeable storage capacity down to -31 F.

Lithium-ion batteries are great for powering rechargeable electronics because they can store a lot of energy and have long lifespans. But when temps fall below freezing, these energy sources’ electrical performance declines, and when conditions are cold enough, they can fail to transfer any charge. It’s why some people living in the U.S. Midwest have trouble with their electric cars in the dead of winter, and why it’s risky to use these batteries in space explorations. Recently, scientists determined that the flat orientation of graphite in the anode is responsible for the drop in a lithium-ion battery’s energy storage capacity in the cold. So, Xi Wang, Jiannian Yao and colleagues wanted to modify the surface structure of a carbon-based material to improve the anode’s charge transfer process.

To create the new material, the researchers heated a cobalt-containing zeolite imidazolate framework (known as ZIF-67) at high temperatures. The resulting 12-sided carbon nanospheres had bumpy surfaces that demonstrated excellent electrical charge transfer capabilities. Then the team tested the material’s electrical performance as the anode, with lithium metal as the cathode, inside a coin-shaped battery. The anode demonstrated stable charging and discharging at temperatures from 77 F to -4 F and maintained 85.9% of the room temperature energy storage capacity just below freezing. In comparison, lithium-ion batteries made with other carbon-based anodes, including graphite and carbon nanotubes, held almost no charge at freezing temperatures. When the researchers dropped the air temperature to -31 F, the anode made with bumpy nanospheres was still rechargeable, and during discharge, released nearly 100% of the charge put into the battery. Incorporating the bumpy nanosphere material into lithium-ion batteries could open up the possibilities for using these energy sources at extremely low temperatures, the researchers say.

The authors acknowledge funding from the Fundamental Research Funds for the Central Universities (China), the National Natural Science Foundation of China, the Ministry of Science and Technology of China, the Science and Technology Project of Guangdong Province, the Chemistry and Chemical Engineering Guangdong Laboratory and Beijing Jiaotong University.”