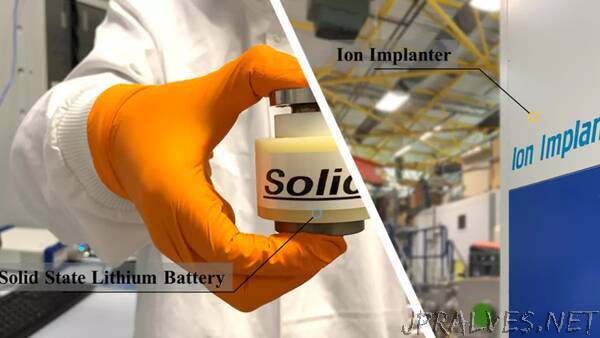 “Researchers have successfully increased the lifespan and stability of solid-state lithium-ion batteries, creating a viable approach for future widespread usage.

The strength of the new, high-density batteries produced by the University of Surrey means that they are less likely to short-circuit – a problem found in previous lithium-ion solid-state batteries.

Dr Yunlong Zhao from the Advanced Technology Institute, the University of Surrey, explained:

“We have all heard horror stories of lithium-ion batteries in transport settings, usually down to issues around cracked casing caused by exposure to stressful environments, such as extreme temperature changes. Our research proves that it is possible to produce more robust solid-state lithium-ion batteries, which should provide a promising approach for high-energy and safe future models to be used in real-life examples such as electric vehicles.”

Using the state-of-the-art national facility at Surrey’s Ion Beam Centre, the small team injected Xenon ions into a ceramic oxide material to create a solid-state electrolyte. The team found that their method created a battery electrolyte that showed a 30-times improvement in lifespan over a battery that had not been injected.

Dr Nianhua Peng, co-author of the study from the University of Surrey, said:

“We are living in a world that is far more aware of the damage humans are causing to the environment. We hope that our battery and approach will help boost the scientific development of high-energy batteries to eventually move us into a more sustainable future.”

The University of Surrey is a leading research institution that focuses on sustainability to the benefit of society in order to deal with the many challenges of climate change. It is also committed to improving its own resource efficiency on its estate and being a sector leader. It has set a commitment to be carbon neutral by 2030. In April, it was ranked 55th in the world by the Times Higher Education (THE) University Impact Rankings which assesses more than 1,400 universities’ performance against the United Nations’ Sustainable Development Goals (SDGs).”