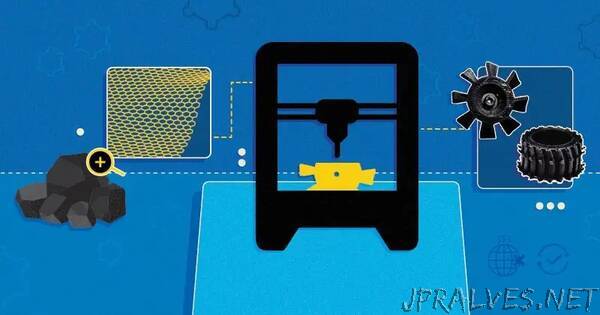 “Engineering’s Fu, Jiao to refine filament manufacturing for 3D printing
In the fight against climate change, one of the biggest challenges is addressing the potential economic and social impacts of shutting down greenhouse-gas producing operations.

That’s why it’s so important to find a variety of alternative technologies that can help move communities toward more sustainable futures.

The idea is to convert coal to a carbon material, which can then be added to filaments or resins used in the materials needed to feed these high-tech 3D printers. Six other universities and organizations also received millions in DOE funding to explore additive manufacturing alternatives involving coal-derived materials.

“Right now, the Department of Energy is looking for new technologies to neutralize coal as a carbon feedstock,” Jiao said. “We cannot keep burning coal. But we can use coal as a feedstock to produce other useful substances that don’t involve a lot of harmful emissions.”

As the climate community urges countries and industries around the globe to reduce their greenhouse gas emissions, there’s also the reality that industrial operations cannot be immediately shut down. That includes coal mining.

“If we convert coal to a carbon material and use it for 3D printing, that’s a way to neutralize the coal feedstock, but still keep jobs and create high-value products,” Jiao said.

And the long-game is what it’s about, he explained, noting that this isn’t typically the kind of research project he’d work on — and it will be his first with Fu. Coal is messy and full of contaminants and trace metals, which is why it’s not typically thought of as a good feedstock of the filaments needed to create 3D-printed materials. By deriving graphene particles from domestic coal wastes, the carbon content of the filaments used for printing can also be increased.

“We desperately need more new technologies that can make these manufacturing processes more sustainable while also making high-value materials that don’t have an impact on the environment,” Jiao said.

A new manufacturing process
The project aims to develop the lab-scale manufacturing process needed to fabricate filaments with that high-carbon content for 3D printing and develop new 3D carbon and composites structures as advanced engineering materials for applications, such as lightweight vehicle parts. The funding also will support one doctoral student and two postdoctoral students for the engineering project led by Fu and Jiao.

Filaments used in 3D printing, which are basically plastics, must be able to melt but not burn when heated, so that they can be extruded, shaped and molded as the printer produces an object layer by layer.

UD’s team will essentially be working with an altered type of filaments, which could potentially develop into a very large market, Jiao explained. Jiao and other experts from UD and Louisiana State University are working on another project to convert carbon dioxide in the air into useful molecules that can be used in a variety of applications, including 3D printing.

But in order to do that, Fu, Jiao and engineering students will have to create an entirely new processing technology, Fu said. That will include developing new 3D printer components, as well as finding ways to make the coal-derived graphene filament printable. Their proposed technology would “strengthen the United States as a leader in synthetic fiber research and development and manufacturing,” the DOE said.

The manufacturing processes required to make the conventional carbon fibers is quite energy-intensive and expensive, Fu said. If there’s already a low-cost graphene-bonded carbon structure to work with, there’s no need to make carbon fibers and laminate them into composites, which will save energy and result in a more light-weight product.

A chemical treatment and new filament manufacturing process developed by Fu and Jiao also will allow them to increase the nanoparticle weight percentage by up to 50% in the filaments, which improves the performance of the material’s mechanical and functional properties. There’s even the potential to increase the electrical conductivity in filaments by tailoring their properties on a particle-level, Fu said.

A ripple effect of sustainability
The benefits of 3D printing have blossomed in recent years: Modern printers using plastics and other materials can create everything from prosthetics to vehicle parts to full-blown homes. Using coal byproducts as a low-cost source material in manufacturing a variety of higher value products could have wide-ranging market benefits.

Not only could their work find an alternative use for coal waste, but it also could lead to future 3D printing applications in light-weight vehicles, which also play a key role in greenhouse gas emissions. Transportation accounts for 10% of global emissions, according to the 2021 U.N. Climate Change Conference.

If this project is successful, it would allow the printing of vehicle components, such as bumpers, especially for electric vehicles, Fu said. The material, made by coal-derived graphene and polymers (plastics), could even be altered to increase the electrical conductivity of filaments and be used in applications that require electrical connections.

“In the long-run, we probably won’t continue to dig coal just to use it in 3D printing. But in the short-term, this is a great, cutting-edge technology,” Jiao said. “Finding ways to neutralize the emissions from fossil fuels such as coal is very good for our environment and also for our economy.””