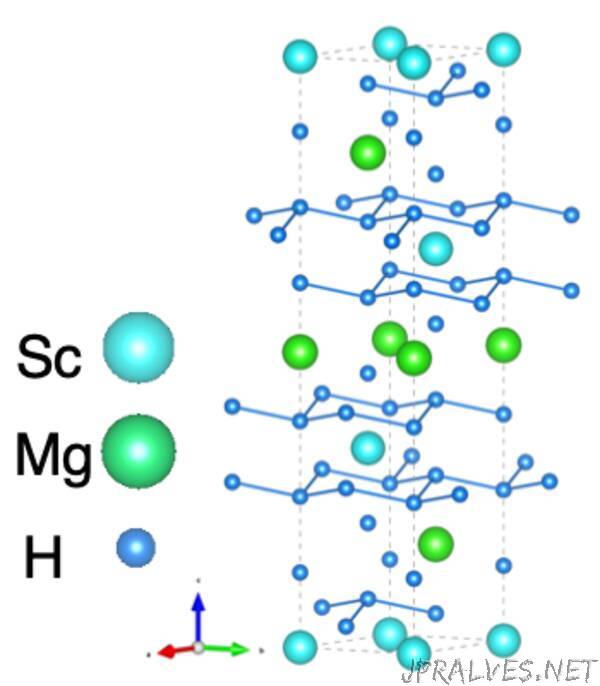 The low temperatures required to maintain superconductivity have led to the development of hydrogen-containing compounds (metal hydrides) that can achieve superconductivity at room temperature. Researchers from Japan Advanced Institute of Science and Technology have been using computer simulations to predict various metals that can be combined with hydrogen to form potential superconductors that require inexpensive cooling solutions. Their simulations can provide information on crystal structures and assist in the development of high temperature superconductors.

A breakthrough has been made with hydrogen-rich compounds (called hydrides) containing rare earth or alkaline metals, which display room temperature superconductivity at high pressures (100-200 GPa). These metal hydrides have cage-like structures of hydrogen atoms stacked on top of each other enabling them to withstand the high pressures required for the superconductivity phenomenon. Many of the crystal structures and compositions for these hydrides have been predicted by combining various binary metal hydrides together.

Now, in a study published in The Journal of Physical Chemistry on January 26, 2022, a group of researchers led by Professor Ryo Maezono from Japan Advanced Institute of Science and Technology (JAIST) has used a supercomputer to make similar predictions for viable high-temperature ternary metal hydride superconductors containing Magnesium (Mg), an alkaline metal, and Scandium (Sc), a rare earth element. “MgH2 and ScH2 are known to be stable phases at ambient pressure. Therefore, MgH2 and ScH2 can be used to chemically synthesize the ternary Mg−Sc−H compounds”, explains Prof. Maezono.

For their search, the researchers initially started out with certain Mg-Sc-H compounds (MgSc3Hx, MgSc2Hx, MgScHx, Mg2ScHx, and Mg3ScHx, where x = 2−12, 14, 16, and 18). Starting with random initial structures, they used the supercomputer to determine possible combinations and crystal structures that would result in a valid superconductor in a pressure range of 100-200 GPa.

In order to achieve superconductivity, the predicted compound must meet certain conditions: it must be thermodynamically stable, i.e., it cannot degrade into its elementary components, have a high transition temperature, have a valid synthesis route, and possess a structure capable of withstanding high pressures where the phenomenon takes place. In the simulations, four hydrogen-rich structures were found to meet the criteria: R $Fd\bar{3}m$ -MgScH6, C2/m-Mg2ScH10, Immm-MgSc2H9, and P $Fd\bar{3}m$ -Mg-(ScH4)3.

Out of the crystal structures, R $Fd\bar{3}m$ -MgScH6 was found to have the highest transition temperature of (23.3 K) at 200 GPa and 41 K at 100 GPa. The compound was found to possess a hexagonal crystal structure, in which each Mg and Sc atom is surrounded by 14 H atoms (Figure 1). The transition temperature was, however, much lower than that of the binary halide counterparts (LH10 and YH10) and this low temperature was attributed to the low density of states at the Fermi level due to the lower hydrogen content.

Among the metal hydrides, ternary metal hydrides that contain hydrogen bonded to two other metals are promising candidates for low-pressure, room-temperature superconductivity. It was, however, a challenging and time-consuming process to predict the appropriate elements and crystal structure that resulted in a superconducting ternary hydride due to the large number of possible combinations with metals. With the help of supercomputers, researchers are now able to quickly determine potential superconducting candidates. The discovery of the Mg-Sc-H compounds as valid superconductors is the third such prediction for ternary hydrides made by the research group using the computer simulations. “This is the third news with ‘Mg/Sc’ compounds following the preceding findings with ‘La/Y’ in December 2021 and ‘Y/Mg’ in January 2022. New findings are being launched one after another,” says Prof. Maezono.