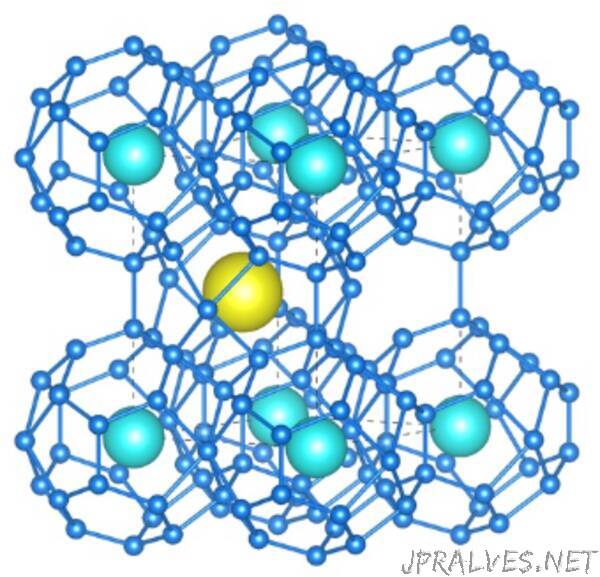 Now, a group of researchers from Japan have further investigated the superconductivity and stability of La, Y, and cerium (Ce) hydrides. This study, led by Prof. Ryo Maezono from the Japan Advanced Institute of Science and Technology (JAIST), was made available online on October 5, 2022, and subsequently published in Volume 28 of the journal Materials Today Physics on November 1, 2022. The research group also included Associate Professor Kenta Hongo and Assistant Professor Kousuke Nakano from JAIST.

“By exploiting supercomputer simulations, it is possible to predict whether an unknown crystal structure exhibits thermodynamic and lattice-dynamic stability. Our group has been working with metal hydrides for a while now and this is the fourth result with Y/Ce and La/Ce compounds following the preceding findings with La/Y (2021.12.07), Y/Mg (2022.01.18), and Mg/Sc (2022.02.08). Such new findings are being launched one after another,” says Prof. Maezono, explaining the team’s motivation behind the study.

In principle, increasing the number of elemental combinations in simulations from two to three opens up new possibilities for high-TC superconductors. But, the number of combinations become too large for such simulations to be feasible. To tackle this, the team used an evolutionary algorithm-based crystal structure prediction (CSP) method to predict the crystal structure as well as the quantum ESPRESSO code to perform phonon dispersion and electron-phonon coupling (EPC) of the ternary hydrides. Further, the Eliashberg function and the Allen-Dynes modified McMillan formula were used to predict the superconducting critical temperature (TC).

Calculations revealed the existence of thermodynamically stable phases in the Y-Ce-H and La-Ce-H systems in the 100-400 gigapascals (GPa) pressure range. Amongst these, P4/mmm-YCeH8, P6m2-YCeH18, R3m-YCeH20, P4/mmm-LaCeH8, and R3m-LaCeH20 showed lattice-dynamic stabilities and resistance to decomposition at high temperatures. The EPC calculations and the Allen-Dynes-modified McMillan formula predicted high-temperature superconductivity for three of these phases. The TC for R3m-YCeH20, R3m-LaCeH20, and P6m2-YCeH18 were calculated to be 122 K at 300 GPa, 116 K at 250 GPa, and 173 K at 150 GPa, respectively. Additionally, the team found that the pressure for stabilizing P6m2-YCeH18 could be lowered to 150 GPa, an accessible condition for its synthesis.

“By combining ab initio simulations with data science in this manner, we can accelerate the development of materials that can achieve power and energy efficiency via superconductivity. This would lead to the realization of a more energy-efficient and sustainable society,” concludes Prof. Maezono.

Indeed, we could be seeing Y-Ce-H and La-Ce-H systems used as high-temperature superconductors pretty soon!”