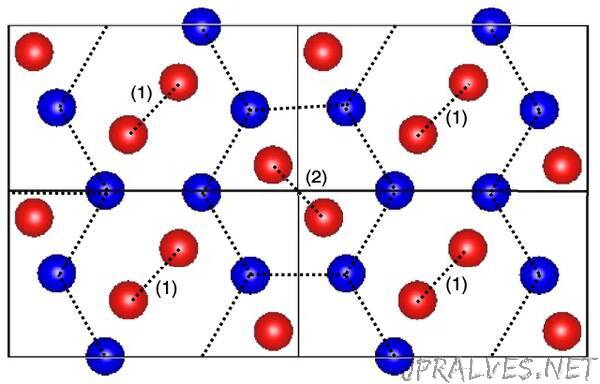 Being the first element to form, hydrogen holds clues about the distribution of matter in our universe. Normally a gas, hydrogen exists as a solid under ultra-high-pressure conditions commonly found in the core of giant gaseous planets. However, the structures of solid hydrogen have remained elusive owing to difficulties in replicating such conditions experimentally. Now, a new study sheds light on this aspect using simulations and data science methods.

Elements in the periodic table can take up multiple forms. Carbon, for example, exists as diamond or graphite depending on the environmental conditions at the time of formation. Crystal structures that have been formed in ultra-high-pressure environments are particularly important as they provide clues to the formation of planets. However, recreating such environments in a laboratory is difficult, and materials scientists often rely on simulation predictions to identify the existence of such structures.

In this regard, hydrogen is especially important for analyzing the distribution of matter in the universe and the behavior of giant gas planets. However, the crystal structures of solid hydrogen formed under high pressure are still under contention owing to the difficulty in conducting experiments involving high-pressure hydrogen. Moreover, the structural pattern is governed by a delicate balance of factors including electric forces on the electrons and fluctuations imposed by quantum mechanics, and for hydrogen, the fluctuations are particularly large, making the predictions of its crystal phases even more difficult.

Recently, in a collaborative study published in Physical Review B, a global team of researchers involving Professor Ryo Maezono and Associate Professor Kenta Hongo from Japan Advanced Institute of Science and Technology tackled this problem using an ingenious combination of supercomputer simulations and data science, revealing various crystal structures for hydrogen at low temperatures near 0 K and high pressures.

“For crystal structures under high pressure, we have been able to generate several candidate patterns using a recent data science method known such as genetic algorithms etc. But whether these candidates are truly the phases that survive under high pressure can only be determined by high-resolution simulations,” explains Prof. Maezono.

The search produced 10 possible crystal structures that were previously not found by experiments, including nine molecular crystals and one mixed structure, Pbam-8 comprising atomic and molecular crystal layers appearing alternatively. However, they found that all the 10 structures showed structural dynamic instabilities. To obtain a stable structure, the team relaxed Pbam-8 in the direction of instability to form a new dynamically stable structure­ called P21/c-8. “The new structure is a promising candidate for the solid hydrogen phase realized under high-pressure conditions such as that found deep within the Earth,” says Dr. Hongo.

The new structure was found to be more stable than Cmca-12, a structure that was previously found to be a valid candidate in the H2-PRE phase, one of the six structural phases identified for solid hydrogen at high pressure (360 to 495 GPa) that is stable at near 0 K. The team further validated their results by comparing the infrared spectrum of the two structures, which revealed a similar pattern typically observed for the H2-PRE phase.

While this is an interesting finding, Prof. Maezono explains the significance of their results: “The hydrogen crystal problem is one of the most challenging and intractable problems in materials science. Depending on the type of approximation used, the predictions can vary greatly and avoiding approximations is a typical challenge. With our result now verified, we can continue our research on other structure prediction problems, such as that for silicon and magnesium compounds, which have a significant impact on earth and planetary science.”

Looks like more such exciting discoveries await us on the horizon!