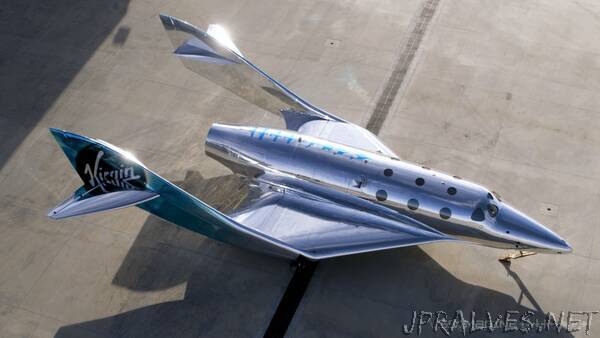 “Virgin Galactic today confirmed that the next rocket-powered test flight of SpaceShipTwo Unity will be conducted on May 22, pending weather and technical checks. This follows the completion of a maintenance review of VMS Eve, the mothership jet aircraft designed to carry SpaceShipTwo to an altitude of approximately 50,000 feet.

“Following a detailed inspection and thorough analysis of our mothership, Eve, we have cleared our Spaceflight System for our upcoming flight. I want to thank our incredibly talented team of engineers, maintenance crew, quality inspectors and support staff for their diligence and hard work, which is testament to our commitment to safety and the integrity of our flight test program,” said Michael Colglazier, Chief Executive Officer of Virgin Galactic.

Virgin Galactic regularly monitors its vehicles to verify their condition and inform timing of future upgrades and modifications that can improve performance or reduce future maintenance work. A post-flight inspection of VMS Eve in early May called for further engineering analysis to assess a known maintenance item in the tail of the vehicle, which was scheduled to be addressed during the next maintenance period. This analysis has been completed with the Company determining structures healthy, clearing Eve for flight.

The upcoming VSS Unity test flight will be crewed by two pilots and will carry research payloads as part of the NASA Flight Opportunities program. A key objective of the upcoming flight will be to test the remedial work that has been completed on VSS Unity to lower the EMI levels experienced on the December 12, 2020 flight when the onboard computer halted ignition of the rocket motor. The flight will also incorporate all original test objectives, including assessment of the upgraded horizontal stabilizers and flight controls during the boost phase of the flight, evaluating elements of the customer cabin, and testing the live stream capability from the spaceship to the ground.

Following this May flight, and in line with normal procedures, the team will complete an extensive data review, which will inform the next steps in the test flight program.”