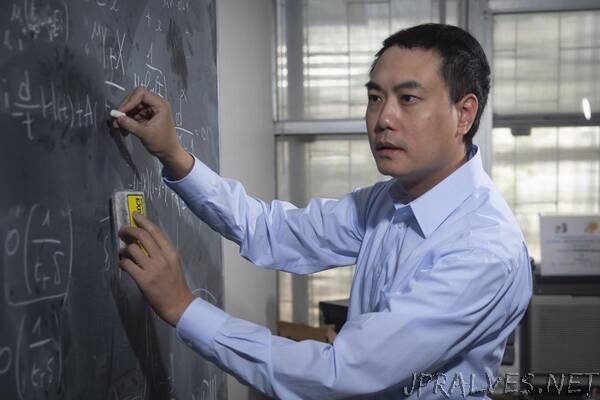 Research drawing on the quantum “anti-butterfly effect” solves a longstanding experimental problem in physics and establishes a method for benchmarking the performance of quantum computers.

“Using the simple, robust protocol we developed, we can determine the degree to which quantum computers can effectively process information, and it applies to information loss in other complex quantum systems, too,” said Bin Yan, a quantum theorist at Los Alamos National Laboratory.

Yan is corresponding author of the paper on benchmarking information scrambling published today in Physical Review Letters. “Our protocol quantifies information scrambling in a quantum system and unambiguously distinguishes it from fake positive signals in the noisy background caused by quantum decoherence,” he said.

Noise in the form of decoherence erases all the quantum information in a complex system such as a quantum computer as it couples with the surrounding environment. Information scrambling through quantum chaos, on the other hand, spreads information across the system, protecting it and allowing it to be retrieved.

Coherence is a quantum state that enables quantum computing, and decoherence refers to the loss of that state as information leaks to the surrounding environment.

“Our method, which draws on the quantum anti-butterfly effect we discovered two years ago, evolves a system forward and backward through time in a single loop, so we can apply it to any system with time-reversing the dynamics, including quantum computers and quantum simulators using cold atoms,” Yan said.

Practical application of the quantum anti-butterfly effect
Yan and co-author Nikolai Sinitsyn published a paper in 2020 proving that evolving quantum processes backwards on a quantum computer to damage information in the simulated past causes little change when returned to the present. In contrast, a classical-physics system smears the information irrecoverably during the back-and-forth time loop.

Building on this discovery, Yan, Sinitsyn and co-author Joseph Harris, a University of Edinburgh graduate student who worked on the current paper as a participant in the Los Alamos Quantum Computing Summer School, developed the protocol. It prepares a quantum system and subsystem, evolves the full system forward in time, causes a change in a different subsystem, then evolves the system backward for the same amount of time. Measuring the overlap of information between the two subsystems shows how much information has been preserved by scrambling and how much lost to decoherence.