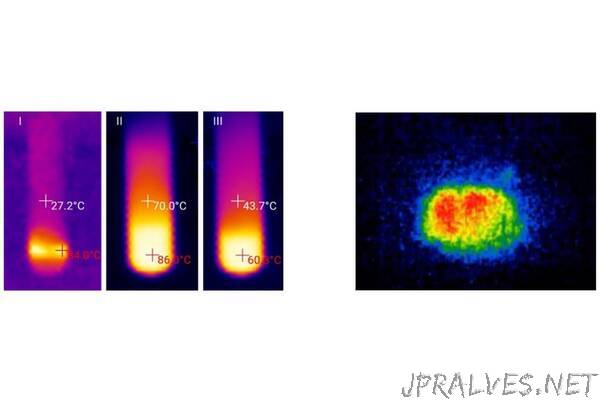 “The scientists of St Petersburg University together with the researchers from N.D. Zelinsky Institute of Organic Chemistry of the Russian Academy of Sciences have developed a tube-in-tube reactor that provides for efficient reactions without the use of external heaters. This approach significantly reduces energy costs when performing chemical research.

Chemical reactions may proceed with heat release (exothermic) or with heat consumption (endothermic). In the first case, the resulting thermal emissions often dissipate. However, they can be used to launch the reactions of the second type requiring additional heat for absorption. The structure developed by the chemists looks like a thermos allowing for the use of released heat energy to launch the second reaction.

The scientists from St Petersburg University together with the researchers from N.D. Zelinsky Institute of Organic Chemistry of the Russian Academy of Sciences have developed a special tube-in-tube reactor that provides for efficient reaction of the hydrolysis of calcium carbide — interaction of calcium compound and carbon with water. Today, calcium carbide is actively used in industry to obtain gaseous acetylene and use it to produce acetic acid, ethyl alcohol, plastic, rubber resin and even jet engines.

The reactor consists of an outer tube and inner tube connected by a joining part printed with nylon by a 3D-printed. The tubes do not come into contact with each other. This structure helps to create a so-called heating thermos. The heaters are located in the space between the two tubes or in the “wall” of the reactor.

To carry out an effective reaction, the researchers placed granules of calcium carbide into the space between the tubes, added a solvent and water and mixed it. The mixture heated and the resulting heat went into the inner part starting endothermic reaction between the reagents in it. The researchers were able to carry out two types of reactions with lower energy consumption without using external heaters.

It turned out that the thermal effect in the reactor depends on the type of solvent as well as on the amount of water and carbide. Thus, if the “wall” of the device contained little water (only 5 %) and a lot of solvent, almost no heat release was detected. Increasing the amount of water to 50 % and more, on the contrary, lead to a fast increase in temperature up to 90 °С only within 5 minutes.

‘Calcium carbide is capable of starting reactions without external heat sources. The “tube-in-tube” device that we developed helps to control and change the speed of hydrolysis if needed. It can be used in industry to obtain acetylene, for example. Adding water to carbide generate so much heat that the released acetylene polymerises and becomes useless. Mixtures of solvents and water can slow down this process, stop the undesired polymerisation and carry the heat away in a more efficient way’, said Konstantin Rodygin, Principal Investigator, Research Associate at the Laboratory of Cluster Analysis at St Petersburg University.

It should be noted that the research group of chemists at St Petersburg University is also working on the strategy for carbon neutral production cycle that decreases carbon dioxide emissions.

The development of the tube-in-tube reactor was supported by a grant from the Russian Science Foundation (project № 21-73-20003).”