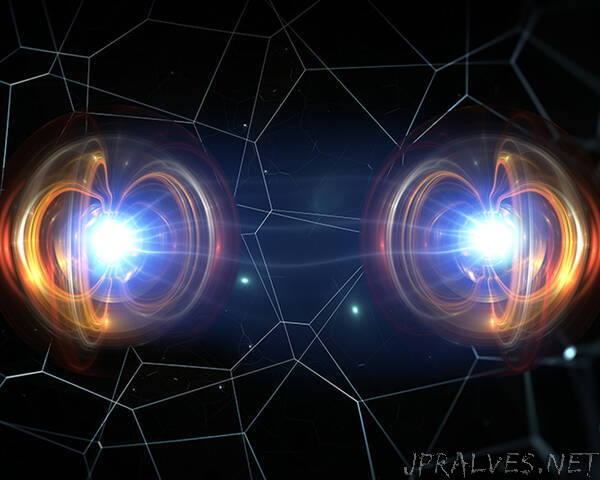 “Quantum mechanics has a way of taking your mind to places it just doesn’t want to go. Famously hard to understand and impossible to intuit, concepts such as quantum entanglement and superposition really make sense only when viewed through a mathematical lens. Plain language most often leads you down dead ends or false paths that end miles away from reality, with carelessly chosen words propagating misunderstandings at the speed of the internet.

A well-known case in point comes from Albert Einstein. The baked-in weirdness of quantum mechanics troubled him, leading to two celebrated quotes. One — “God does not play dice with the universe”— expressed his unease about the reign of probability over certainty in the quantum realm.

In the other quote, Einstein challenged the notion of the probabilistic correlations among particles, known as quantum entanglement, saying, “I cannot seriously believe in it because the theory cannot be reconciled with the idea that physics should represent a reality in time and space, free from spooky action at a distance.”

That last phrase has launched a thousand misguided speculations about faster-than-light communications. The main problem lies in the word action. It leans toward cause and effect — something directly affecting something else — and implies an unknown mechanism instantaneously operating on widely separated particles. That influence would clearly violate both the locality principle in physics (objects are only influenced by what’s nearby) and Einstein’s own Special Theory of Relativity, which set the universal speed limit at the speed of light, a theory backed up by observational evidence for a hundred years.

Read the rest of the story as it appeared in RealClear Science.”