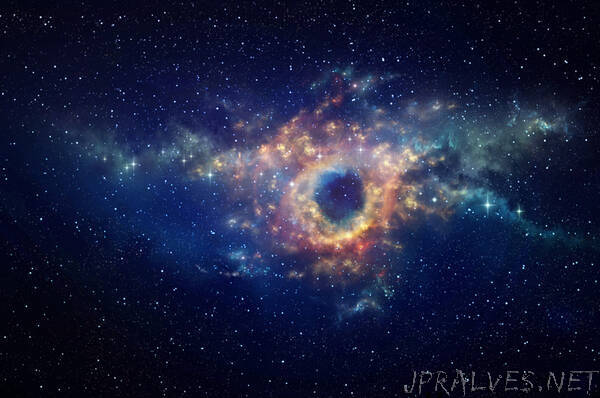 “New research has shown that future gravitational wave detections from space will be capable of finding new fundamental fields and potentially shed new light on unexplained aspects of the Universe.

Professor Thomas Sotiriou from the University of Nottingham’s Centre of Gravity and Andrea Maselli, researcher at GSSI and INFN associate, together with researchers from SISSA, and La Sapienza of Rome, showed the unprecedented accuracy with which gravitational wave observations by the space interferometer LISA (Laser Interferometer Space Antenna), will be able to detect new fundamental fields. The research has been published in Nature Astronomy.

In this new study researchers suggest that LISA, the space-based gravitational-wave (GW) detector which is expected to be launched by ESA in 2037 will open up new possibilities for the exploration of the Universe.

Professor Thomas Sotiriou, Director of the Nottingham Centre of Gravity explains: “New fundamental fields, and in particular scalars, have been suggested in a variety of scenarios: as explanations for dark matter, as the cause for the accelerated expansion of the Universe, or as low-energy manifestations of a consistent and complete description of gravity and elementary particles. We have now shown that LISA will offer unprecedented capabilities in detecting scalar fields and this offers exciting opportunities for testing these scenarios.”

Observations of astrophysical objects with weak gravitational fields and small spacetime curvature have provided no evidence of such fields so far. However, there is reason to expect that deviations from General Relativity, or interactions between gravity and new fields, will be more prominent at large curvatures. For this reason, the detection of GWs - which opened a novel window on the strong-field regime of gravity - represents an unique opportunity to detect these fields.

Extreme Mass Ratio Inspirals (EMRI) in which a stellar-mass compact object, either a black hole or a neutron star, inspirals into black hole up to millions of times the mass of the Sun, are among the target sources of LISA, and provide a golden arena to probe the strong-field regime of gravity. The smaller body performs tens of thousands of orbital cycles before it plunges into the supermassive black hole and this leads to long signals that can allow us to detect even the smallest deviations from the predictions of Einstein’s theory and the Standard Model of Particle Physics.

The researchers have developed a new approach for modelling the signal and performed for the first time a rigorous estimate of LISA’s capability to detect the existence of scalar fields coupled with the gravitational interaction, and to measure how much scalar field is carried by the small body of the EMRI. Remarkably, this approach is theory-agnostic, since it does not depend on the origin of the charge itself, or on the nature of the small body. The analysis also shows that such measurement can be mapped to strong bounds on the theoretical parameters that mark deviations from General Relativity or the Standard Model.

LISA will be devoted to detect gravitational waves by astrophysical sources, will operate in a constellation of three satellites,orbiting around the Sun millions of kilometers far away each other. LISA will observe gravitational waves emitted at low frequency, within a band not available to terrestrial interferometers due to environmental noise. The visible spectrum for LISA will allow to study new families of astrophysical sources, different from those observed by Virgo and LIGO, as the EMRIs, opening a new window on the evolution of compact objects in a large variety of environments of our Universe.”