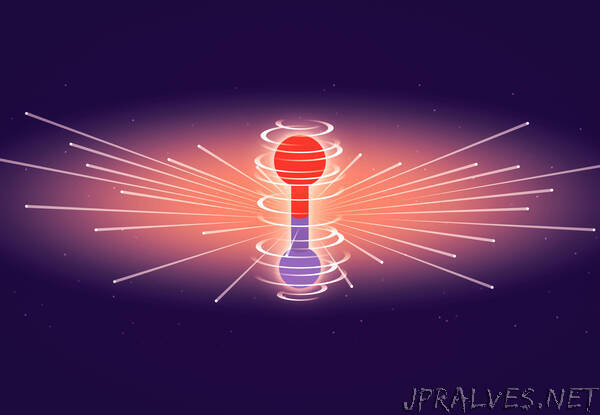 “A study of electron dynamics timed to millionths of a billionth of a second reveals the damage radiation can do on a molecular level.

The first-of-its kind study used ultrafast X-ray laser pulses to disrupt the electrons in a molecule of nitrous oxide and measure the resultant changes with unprecedented accuracy.

The work, published today in Science, was performed at the Linac Coherent Light Source (LCLS) at the Stanford Linear Accelerator Centre (SLAC), Stanford, USA and was supported by a team of five scientists from Imperial College London.

Conventional X-rays used in imaging and radiotherapy can cause damage to cells, but exactly how on a molecular level is not known. Additionally, new high-intensity and short-pulse-duration X-ray lasers are being proposed to image smaller molecules with greater precision, leading to questions about potential damage this could cause to living tissue.

For the first time, researchers have been able to measure the behaviour of electrons in a molecule as it responded to irradiation by ultrafast X-rays on attosecond timescales – less than millionths of a billionth of a second.

Understanding to new limits
Co-author Professor Jon Marangos, from the Department of Physics at Imperial, said: “Being able to reach a few hundred attosecond precision when timing electron dynamics means we can now begin to understand certain phenomena to new limits.

“The fact is that some electron dynamics in important issues, like radiation damage to biomolecules, have so far been too fast for us to understand. With this new understanding we might, for example, conceivably be better able to mitigate unwanted radiation damage during radiotherapy.”

The researchers fired simultaneously an X-ray pulse and a laser pulse at a molecule of nitrous oxide – the first to knock an electron out of its place, and the second to time the resultant changes. Previously, using conventional X-rays, researchers had observed electron emission in a process known as Auger-Meitner (AM) decay on a fast timescale.

Now, with the faster X-ray lasers, they were able to observe a new phenomenon imposed on AM decay. Electrons can be difficult to track because of quantum effects, which means the electrons can be in several quantum states at once.

The very short x-ray pulse creates a ‘quantum coherence’ – a superposition of different electron quantum states of the highly excited molecule. Measuring with attosecond precision revealed a ‘quantum beat’ – a repeated pattern created by the coherence – imposed on the AM decay as observed in the emitted electron current.

Co-author Dr Vitali Averbukh, from the Department of Physics at Imperial, said: “Tackling individual coherent quantum effects stemming from this irradiation is necessary for building a new physical picture of radiation damage by intense ultrafast X-rays. The current work is one of the first steps in this direction – instead of the familiar AM decay, we observe quantum beats, which are a completely different type of dynamics that translate into irreversible chemical change.

Attoclock measurements
The timing of the AM decay and the quantum beat was accomplished using an ‘attoclock’, which makes use of the circularly polarised optical laser pulse fired at the same time as the X-ray pulse. The laser field direction rotates very fast and imparts momentum to the electron, which tags its emission time.

The signal from an electron was recorded as a position on a momentum sensitive detector, recording the time in the laser field’s rotation that the electron appeared. This allowed the team to precisely time the electron dynamics based on where on the detector the signals appeared.

The ultrafast lasers and attoclock setup used by the team will pave the way for studies that observe fast electron motion in more complex molecules over sub-nanometer (one-billionth of a meter) spatial scales, allowing researchers to track the interactions between different parts of the atoms and molecules under investigation.”