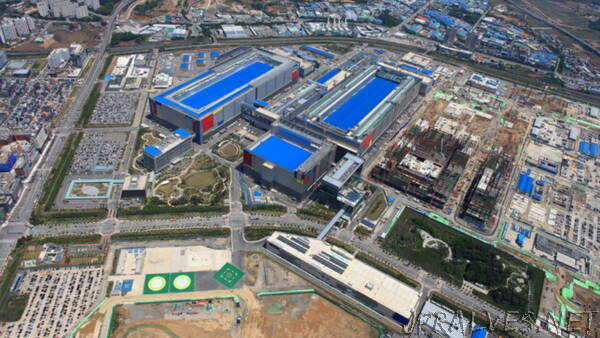 New production line in Pyeongtaek to be completed in 2H 2022, producing 14nm DRAM and 5nm logic chips
Samsung Electronics, a world leader in advanced semiconductor technology, today announced that it will increase its investments in the System LSI and Foundry businesses through 2030 to a total of KRW 171 trillion, to accelerate research of cutting-edge semiconductor process technology and construction of a new production facility.

The plan represents an increase of KRW 38 trillion from the previous commitment of KRW 133 trillion announced in April 2019 and is expected to help the Company reach its goal of becoming the world leader in logic chips by 2030. For the past two years, Samsung has been closely collaborating with various semiconductor design companies, component and equipment manufacturers, as well as academia in making progress towards that goal.

The expansion of the Company’s Foundry Business will help fuel entire new industries built on next-generation technologies like AI, 5G and autonomous driving.

The Company also announced that it has begun construction of a new production line in Pyeongtaek, Korea, which is expected to be completed in the second half of 2022. The state-of-the-art facility equipped with the latest technology, P3, will produce 14-nanometer DRAM and 5-nanometer logic semiconductors, both based on extreme ultraviolet (EUV) lithography technology.

“The entire semiconductor industry is facing a watershed moment and now is the time to chart out a plan for long-term strategy and investment,” said Dr. Kinam Kim, Vice Chairman and Head of Device Solutions Division at Samsung Electronics. “For the memory business, where Samsung has maintained its undisputed leadership position, the Company will continue to make preemptive investments to lead the industry.”

As one of the world’s largest semiconductor clusters, Pyeongtaek will serve as the leading hub for next-generation innovations.”