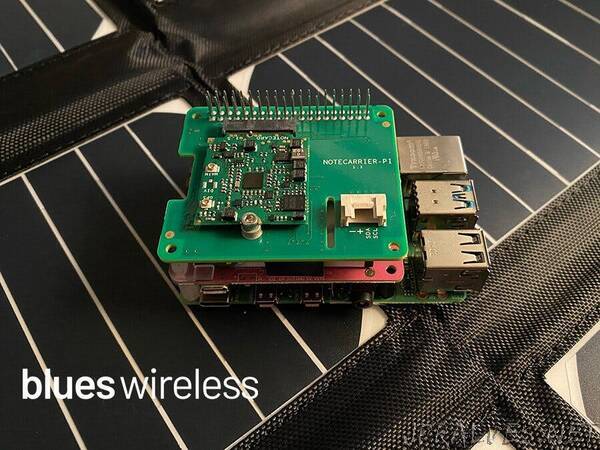 “Learn how to create a solar-powered cryptocurrency “mining rig” with cloud-based reporting on a Raspberry Pi using a PiJuice and Notecard.

So you’re ready to cash in on this cryptocurrency thing, but you’re also concerned about the electricity consumed in order to mine your own crypto?

Well, I have good news and bad news for you.

The good news is cryptocurrency mining on solar power is entirely possible. In fact, you could argue it’s critical for the sustainability of cryptocurrency (and other Blockchain-related) activities. According to the Sierra Club the annual power consumption of Bitcoin-related activities alone is comparable to a country the size of Argentina. Not to mention the associated production of 37+ megatons of CO2 each year.

The bad news? Considering the raw power requirements for cryptocurrency mining AND the fact that we’re going to use a Raspberry Pi SBC for this project, we probably won’t be rolling like Scrooge McDuck any time soon.

Is this prospect of crypto mining with a Raspberry Pi as ridiculous as it sounds? Probably! But let’s not let reason stop us from building something fun.

Get Your Mining Tools Ready
You’ve likely heard the phrase, “sunk cost fallacy”. This is the concept of throwing good money at a bad idea, only because you’ve already invested money in said bad idea.

In an ideal scenario, we aren’t investing new hardware in crypto mining. Existing hardware is a “sunk cost”, because we already own it. If we can collectively pretend this is the case, let’s take a look at how we’re going to build out a crypto miner on a Raspberry Pi 4 Model B and collect some virtual coin.”