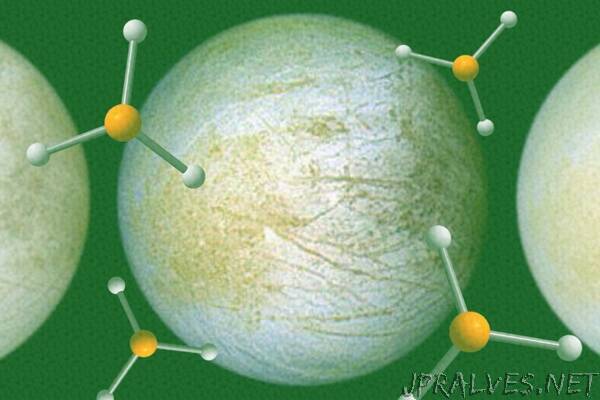 “A molecule that’s known for its smelly and poisonous nature on Earth may be a sure-fire sign of extraterrestrial life.

Phosphine is among the stinkiest, most toxic gases on Earth, found in some of the foulest of places, including penguin dung heaps, the depths of swamps and bogs, and even in the bowels of some badgers and fish. This putrid “swamp gas” is also highly flammable and reactive with particles in our atmosphere.

Most life on Earth, specifically all aerobic, oxygen-breathing life, wants nothing to do with phosphine, neither producing it nor relying on it for survival.

Now MIT researchers have found that phosphine is produced by another, less abundant life form: anaerobic organisms, such as bacteria and microbes, that don’t require oxygen to thrive. The team found that phosphine cannot be produced in any other way except by these extreme, oxygen-averse organisms, making phosphine a pure biosignature — a sign of life (at least of a certain kind).

In a paper recently published in the journal Astrobiology, the researchers report that if phosphine were produced in quantities similar to methane on Earth, the gas would generate a signature pattern of light in a planet’s atmosphere. This pattern would be clear enough to detect from as far as 16 light years away by a telescope such as the planned James Webb Space Telescope. If phosphine is detected from a rocky planet, it would be an unmistakable sign of extraterrestrial life.

“Here on Earth, oxygen is a really impressive sign of life,” says lead author Clara Sousa-Silva, a research scientist in MIT’s Department of Earth, Atmospheric and Planetary Sciences. “But other things besides life make oxygen too. It’s important to consider stranger molecules that might not be made as often, but if you do find them on another planet, there’s only one explanation.”

The paper’s co-authors include Sukrit Ranjan, Janusz Petkowski, Zhuchang Zhan, William Bains, and Sara Seager, the Class of 1941 Professor of Earth, Atmospheric, and Planetary Sciences at MIT, as well as Renyu Hu at Caltech.

Sousa-Silva and her colleagues are assembling a database of fingerprints for molecules that could be potential biosignatures. The team has amassed more than 16,000 candidates, including phosphine. The vast majority of these molecules have yet to be fully characterized, and if scientists were to spot any of them in an exoplanet’s atmosphere, they still wouldn’t know whether the molecules were a sign of life or something else.

But with Sousa-Silva’s new paper, scientists can be confident in the interpretation of at least one molecule: phosphine. The paper’s main conclusion is that, if phosphine is detected in a nearby, rocky planet, that planet must be harboring life of some kind.

The researchers did not come to this conclusion lightly. For the last 10 years, Sousa-Silva has devoted her work to fully characterizing the foul, poisonous gas, first by methodically deciphering phosphine’s properties and how it is chemically distinct from other molecules.

In the 1970s, phosphine was discovered in the atmospheres of Jupiter and Saturn — immensely hot gas giants. Scientists surmised that the molecule was spontaneously thrown together within the bellies of these gas giants and, as Sousa-Silva describes, “violently dredged up by huge, planet-sized convective storms.”

Still, not much was known about phosphine, and Sousa-Silva devoted her graduate work at University College of London to pinning down phosphine’s spectral fingerprint. From her thesis work, she nailed down the exact wavelengths of light that phosphine should absorb, and that would be missing from any atmospheric data if the gas were present.

During her PhD, she began to wonder: Could phosphine be produced not just in the extreme environments of gas giants, but also by life on Earth? At MIT, Sousa-Silva and her colleagues began answering this question.

“So we started collecting every single mention of phosphine being detected anywhere on Earth, and it turns out that anywhere where there’s no oxygen has phosphine, like swamps and marshlands and lake sediments and the farts and intestines of everything,” Sousa-Silva says. “Suddenly this all made sense: It’s a really toxic molecule for anything that likes oxygen. But for life that doesn’t like oxygen, it seems to be a very useful molecule.”

“Nothing else but life”

The realization that phosphine is associated with anaerobic life was a clue that the molecule could be a viable biosignature. But to be sure, the group had to rule out any possibility that phosphine could be produced by anything other than life. To do this, they spent the last several years running many species of phosphorous, phosphine’s essential building block, through an exhaustive, theoretical analysis of chemical pathways, under increasingly extreme scenarios, to see whether phosphorous could turn into phosphine in any abiotic (meaning non-life-generating) way.

Phosphine is a molecule made from one phosphorous and three hydrogen atoms, which normally do not prefer to come together. It takes enormous amounts of energy, such as in the extreme environments within Jupiter and Saturn, to smash the atoms with enough force to overcome their natural aversion. The researchers worked out the chemical pathways and thermodynamics involved in multiple scenarios on Earth to see if they could produce enough energy to turn phosphorous into phosphine.

“At some point we were looking at increasingly less-plausible mechanisms, like if tectonic plates were rubbing against each other, could you get a plasma spark that generated phosphine? Or if lightning hit somewhere that had phosphorous, or a meteor had a phosphorous content, could it generate an impact to make phosphine? And we went through several years of this process to figure out that nothing else but life makes detectable amounts of phosphine.”

Phosphine, they found, has no significant false positives, meaning any detection of phosphine is a sure sign of life. The researchers then explored whether the molecule could be detectable in an exoplanet’s atmosphere. They simulated the atmospheres of idealized, oxygen-poor, terrestrial exoplanets of two types: hydrogen-rich and carbon dioxide-rich atmospheres. They fed into the simulation different rates of phosphine production and extrapolated what a given atmosphere’s spectrum of light would look like given a certain rate of phosphine production.

They found that if phosphine were produced at relatively small amounts equivalent to the amount of methane produced on Earth today, it would produce a signal in the atmosphere that would be clear enough to be detected by an advanced observatory such as the upcoming James Webb Space Telescope, if that planet were within 5 parsecs, or about 16 light years from Earth — a sphere of space that covers a multitude of stars, likely hosting rocky planets.

Sousa-Silva says that, aside from establishing phosphine as a viable biosignature in the search for extraterrestrial life, the group’s results provide a pipeline, or process for researchers to follow in characterizing any other of the other 16,000 biosignature candidates.

“I think the community needs to invest in filtering these candidates down into some kind of priority,” she says. “Even if some of these molecules are really dim beacons, if we can determine that only life can send out that signal, then I feel like that is a goldmine.””