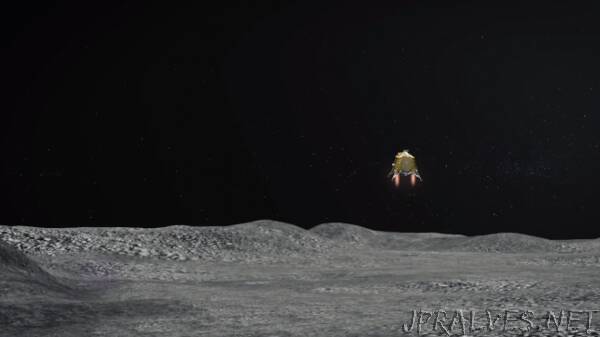 “NASA’s Lunar Reconnaissance Orbiter has passed over the targeted landing site of India’s Vikram spacecraft a second time and again has been unable to spot the vehicle.

The Vikram lander was part of India’s Chandrayaan 2 mission, and on Sept. 6, it was meant to touch down softly on the moon’s surface and begin two weeks of science investigations, including deploying a rover. But late in that process, the spacecraft fell silent. India’s space agency said that it had spotted the lander soon after the presumed crash, but hasn’t provided more details.

“I suspect, based on what they’ve said, that it could be just that we’re not looking at the right place or we just can’t see it because of the illumination,” Noah Petro, NASA’s Lunar Reconnaissance Orbiter project scientist, told Space.com. “Until we know more details about where it is, it’s going to be very hard for us to find it.”

The LRO team isn’t trying to be nosy, per se. But the spacecraft’s orbit carries it over the site once a month, and the mission’s job is to study the moon’s surface. LRO has been orbiting the moon for more than a decade now, allowing the team behind the spacecraft to collate a detailed timeline of changes to the lunar surface.

Most of those changes are meteorite strikes, but spacecraft arrivals etch their own stories on the moon’s surface. LRO has seen, for example, blast zones around spacecraft that have touched down softly, where the lunar surface responds to the machinery. “We would like to see what happened because we want to know what happened,” Petro said. “Certainly there’s something to be learned about what happens when a spacecraft interacts with the surface of the moon.”

So on the two occasions when LRO has flown over the targeted landing site after the attempt, team members have looked through the spacecraft’s images and compared them with older ones, in search of the lander. During first flyover, in mid-September, the area was covered in large shadows. Those had shrunk somewhat for the second flyover, on Oct. 14, and will shrink even more when the spacecraft returns in mid-November, Petro said.

But the NASA spacecraft hasn’t spotted the lander either time. LRO “did not observe any evidence of the lander,” according to the agency’s official statement on the attempt. “It is possible that Vikram is located in a shadow or outside of the search area.”

Of course, there’s still plenty to see in each subsequent flyover, whether or not LRO can spot Vikram. “There’s never a bad new image,” Petro said. “Every opportunity we have to study the moon and look at the moon is a wonderful, awesome thing.”

Despite the lander’s silence, the Chandrayaan 2 mission is continuing, with an orbiting spacecraft successfully gathering science data using a suite of eight instruments.

“Chandrayaan 2 is a workhorse,” Petro said. “It’s great to have company in lunar orbit.”“